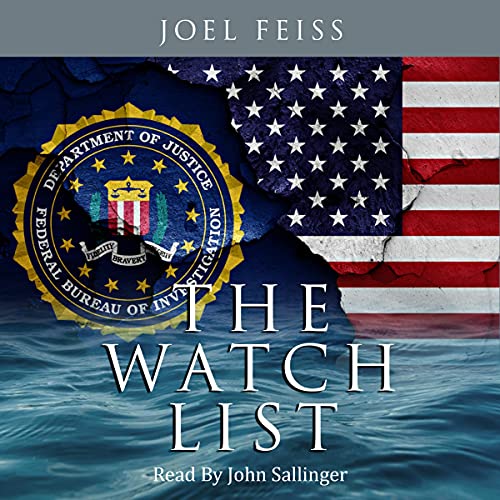 By: Joel Feiss
Narrated by: John Sallinger
Try for £0.00

Mollie Foley, a traffic homicide detective for the Broward Sheriff's Office (BSO) and former NYPD detective, moved to Florida after the 10-year anniversary of the 9/11 World Trade Center Attack, when she lost her husband and brother, who were first responder firefighters.

Josh Roberts, a homicide detective, who prior to joining BSO, was a Green Beret Master Sergeant who led his team all over the world combating terrorism.

Sydney Paretti is a petite, but tough veteran homicide detective and the partner of Josh Roberts. Her past has been complicated by difficulties with the division of Internal Affairs and the BSO "Boys Club".

Amir Kahany is a middle-aged professor of Muslim Studies and the leader of a small cell that is funded by and dedicated to ISIS. His marriage is childless and unfulfilled, and although he has had extramarital affairs with prior graduate students in the past; his attraction to Barika is all-consuming.

Barika is an attractive graduate student of Professor Kahany. She appears to help him recruit young men for a jihadist movement, but as it turns out, she is an imbedded FBI agent who will deflect the most horrific terrorist attack on the United States since 9/11.

Terry Reese is a 23-year-old college dropout. He lives in his parent's home, and his only social contacts exist online. He is easily recruited into a terrorist cell because he has felt inadequate, disrespected, and unfulfilled.

The Watch List is a contemporary, character-driven murder mystery that encompasses a combination of Washington, DC, politics, international intrigue, and psychological suspense.

It is in the early morning hours of January 1, 2017 when the dead body of what appeared to be a hit-and-run accident was discovered. Traffic homicide detective Mollie Foley realized that the death of Jonathan Stover was a premeditated murder. Was his murder related to his job as an investigative agent in the anti-terrorism division of the Department of Homeland Security (DHS)? Or was it personal and related to his past? After meeting with Agent Stover's boss at the Miami, Florida office of DHS, Mollie discovered that Stover was previously employed as a secret service agent in Washington, DC. She was given a flash drive that contained a Watch List and the details of his investigation of potential members of a local terrorist cell. She left the DHS office with more questions than answers. Why was the deceased transferred from the Secret Service in Washington DC to DHS? Why wasn't the FBI or the Secret Service carrying out the investigation? Was there a cover-up in play? How were the names on the Watch List related, and were any of them responsible for the murder? Lastly, if the terrorist cell was responsible, what were they planning, and were their plans a local act of terrorism or something much more far-reaching?

Because the investigation was so complex, Mollie was joined by Detective Josh Roberts and his partner, Sydney Paretti. The investigation led the three of them down a tortuous and dangerous path to not only uncover Stover's murderer, but in addition, a local cell that was planning an act of terrorism in Broward County. Because of their investigative findings, they were able to assist the FBI to abort a multi-city, ISIS-inspired chemical attack on the United States.