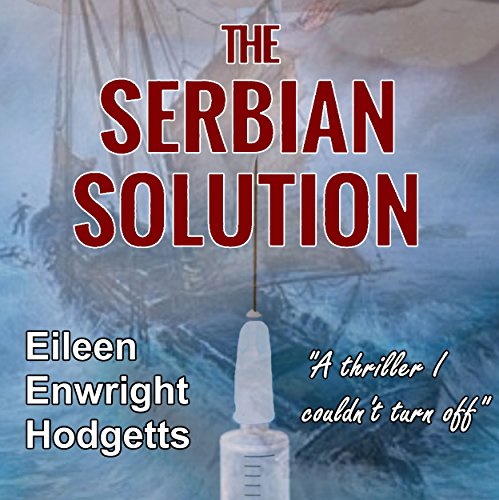 By: Eileen Enwright Hodgetts
Narrated by: Nancy Batko
Try for £0.00

In a drug induced dream, a woman in the US retrieves a suppressed memory from her European childhood. This memory leads to her own kidnapping and a wild chase across England and Wales in the company of a reluctant American doctor. In a tiny village in western England, a deluded old man dreams of becoming a king.

And in a London apartment an old lady, born in the days of the Czars, maintains a guilty secret of tainted royal blood. Set amidst the turmoil at the end of the Cold War, The Serbian Solution is a tale of adventure and romance, culminating in a desperate final voyage into the Atlantic as a group of old soldiers try to fulfill a promise they made in World War II; to restore a king to his throne.

What listeners say about The Serbian Solution

Enjoyable adventure around the Welsh coast...

I enjoyed this fast paced, mysterious thriller based in and around the South Wales coast.

Elizabeth wakes from an operation and remembers some long forgotten details of her childhood. The resulting phone call to an old friend set in motion a chase for the lost Yugoslavian King. A hunt that has laid dormant for decades, with Elisabeth's information being the key to success or failure.

I was given this copy for free, in return for an honest review.

Although this story can be complicated with a wide variety of characters it is worth sticking with for the entire Audio Book.

The Book is interesting and with a good performance by the Narrator is worth your time.

part mystery part romance. It was a solid short book with an interesting premise. Generally not my cup of tea, i would probably not reread this book again but it was strong enough i can see myself recommending it to someone who might fancy this.