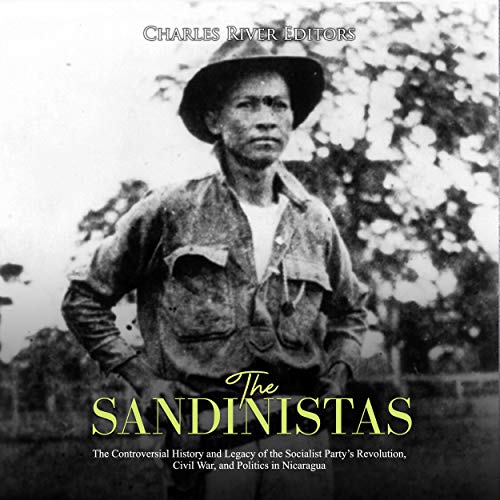 "I will not abandon my resistance until the... pirate invaders...assassins of weak peoples...are expelled from my country...I will make them realize that their crimes will cost them dear....There will be bloody combat...Nicaragua shall not be the patrimony of Imperialists. I will fight for my cause as long as my heart beats... If through destiny I should lose, there are in my arsenal five tons of dynamite which I will explode with my own hand. The noise of the cataclysm will be heard 250 miles. All who hear will be witness that Sandino is dead. Let it not be permitted that the hands of traitors or invaders shall profane his remains." (Augusto César Sandino)

For much of the 20th century, Latin American governments in large part lived under a system of military junta governments. The mixture of indigenous peoples, foreign settlers and European colonial superpowers produced cultural and social imbalances into which military forces intervened as a stabilizing influence. The proactive personalities of military heads and the rigid structures of such a hierarchy guaranteed the “strong man” commanding officer an abiding presence in the form of executive dictator. Such leaders often bore the more collaborative title of “President”, but the reality was, in most cases, identical. Likewise, the gap between rich and poor was often vast, and a disappearance of the middle class fed a frequent urge for revolution, reenergizing the military’s intent to stop it. With no stabilizing center, the ideologies most prevalent in such conflicts alternated between a federal model of industrial and social nationalization and an equally conservative structure under privatized ownership and autocratic rule drawn from the head of a junta government.

Whichever belief system was in play for the major industrial nations of Central and South America, a constant bombardment of foreign influence pushed the people of states such as Nicaragua, Chile, Brazil, Argentina, and others toward overthrow, in one direction or the other. To the left came Stalinist influences from the Soviet Union and Castro’s Cuba, while the German World War II model and an anti-communist mindset from the United States worked behind the scenes to upset any movement toward extreme liberalism. The tacit acceptance of these right-wing dictators across South America was part of an overarching effort known as Operation Condor, consisting mostly of CIA operations that are as infamous and controversial as ever, with a lasting legacy that affects current events such as reactions to the ongoing unrest in Venezuela.

Few examples remain as memorable as the conflict in Nicaragua, where the Frente Sandinista de Liberation Nacional (FSLN), a left-wing revolutionary party, seized power in the small Central American nation of Nicaragua in July 1979, toppling four decades of dictatorial rule perpetrated by the Somoza dynasty. A decade later, on February 25, 1990, in an election organized by the FSLN, one that the party was fully confident it would win, the FSLN suffered a shocking defeat at the hands of a coalition generally thought to be associated with the American-funded Contra movement. This was a sobering moment for the Latin American leftist revolution, and, as many were apt to see it, a triumph for American policy in the region.

What listeners say about The Sandinistas

This is the first Charles River audiobook I have listened to, and I had come to it in desperation for more reading material on Central America. I had not expected much, but it surprised me for its breadth of coverage, density of historical material, comprehensiveness of presentation, and clarity of articulation. What previously seemed like the cheap productions of a random company attempting to exploit a new niche in audiobooks now looks like a powerful new source of information. It seems this will not be my last Charles River production.