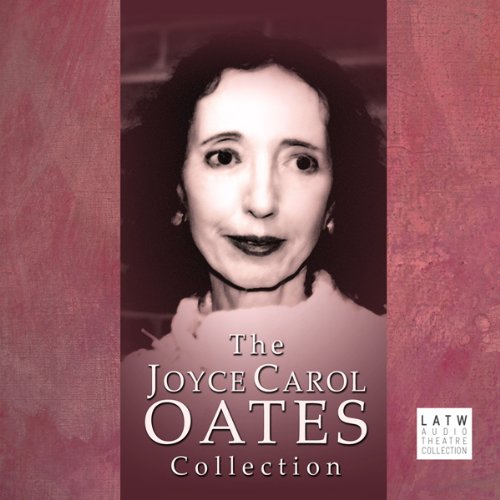 Eight highly diverse works from one of America’s most prolific and versatile authors. This collection includes an exclusive dramatization of Oates’ best-selling novel American Appetites; two comedic plays, The Perfectionist and The Truth Teller; four short plays (Gulf War, Black, The Key, and Tone Clusters); as well as her libretto for Black Water: An American Opera, composed by John Duffy.

Gulf War (one-act play): An affluent young couple, entertains an older couple for an evening of cocktails and politics during the Gulf War. But as the evening continues, the conversation take a bizarre and absurd tone. Cast: Edward Asner, Stephanie Dunnam, Nan Martin, and Joe Spano.

Black (one-act play): In this evening of cocktails and dinner, a couple anxiously awaits the arrival of an ex-husband. As the wine glasses are drained, the evening becomes dark and intense, revealing the true colors of the characters in this eerie love triangle. Cast: Stephanie Dunnam, Rif Hutton and Joe Spano.

What listeners say about The Joyce Carol Oates Collection

Yes, because Joyce Carol Oates characters are never boring and this collection of plays is so well acted that the characters and their stories really come to life.

What other book might you compare The Joyce Carol Oates Collection to and why?

I've really enjoyed all the audible collections from The L.A. Theater group, I've purchased. The Joyce carol Oates Collection is right up there with the rest.

The excellent narration really brings the characters to life. The plays are fluent and vivid.

Prepare to be engaged!

Although, I thoroughly enjoyed the plays, I was not so fond of the operatic interpretation of Black Water. Not my cup of tea.