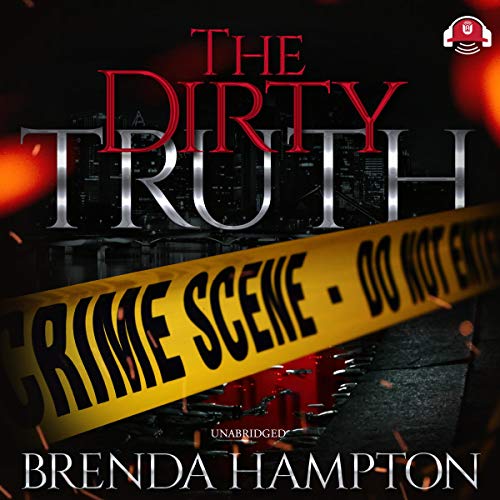 Evelyn Thomas may have bitten off more than she can chew when it comes to her relationship with Brandon Fletcher. It seems he is trying to clone her into an exact replica of his beloved fiancee, Cassandra, who was brutally murdered. He's also still obsessed with finding Cassandra's killer.

When Cassandra's aunt Ruby is arrested for murder, she proclaims her innocence. She points the finger at Jabbar, a police officer who was having a secret affair with Cassandra before her death.

Accusations fly and secrets are revealed as Brandon seeks the truth. The murder rate climbs, and Brandon realizes that the killer is someone he never would have suspected.

What listeners say about The Dirty Truth

I wanted so badly to listen to this. I hope the author gets a different narrator, His voice is always so whiny and sounds as if he is gonna break out crying any minute. I never finish this narrator books. I have to make a note not to read his books. Annoying voice

The book started off slow. Then the book was just ridiculous. I skipped chapters to get to the end. I usually love Brenda Hampton books. But this on had to go.

This was a good story with a good plot. However, the narrator was horrible, made it hard to finish.

Kept me thinking! and on my Toes! This book can really be a movie! not lifetime but a actual in theaters Move!
Good writing and love the narrator is well!

The story line was very good. I didn't care for the narrators style of reading, but I really wanted to hear the ending. overall I give it four starts

Excellent narrator and a great story. I loved it and was surprised at the the ending

The narrator sucked! He read like he was at a poetry slam. The story line was great...KUDOS! But if you don't have the right person to narrate it makes the whole thing booboo.

I will agree as I read the other reviews that the narrator's voice is quite whinny, I have noticed that he sounds the same on every narration he does. However for those of you who did not finish the book because of the narration you must go back and complete it!!! It was so damn good I hope there is a part 2 out already!!! I would definitely recommend this book!!!!

great book...had me bugging out...i really thought this dude was being set up...listened ti tge whole book in one day.

This was really a crazy read. I enjoyed it and enjoyed all of the nuances Brandon and his cast of supporting characters went through. I had a few inklings about who the killer could be, but as it unfolded, I was surprised at the end to see how elaborately everything was pulled off. I was entertained by the execution of dialogue which was very believable for the most part and enjoyed this book tremendously.