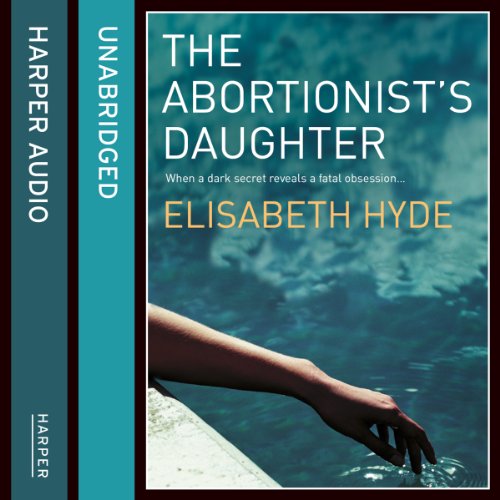 Two weeks before Christmas, Diana Duprey, an outspoken abortion doctor, is found floating in her pool, a bruise the size of a golf ball visible through her dark curls. A national figure, Diana inspired passion and ignited tempers, never more so than on the day of her death.

Her husband, Frank, an attorney in the DA's office for more than 20 years, had fought bitterly with her on the day of her murder. Yet to reveal the nature of their fight would cost him not only his career but something greater still - a relationship he will go to any lengths to protect. Diana's daughter, Megan, a college freshman, had also quarrelled with Diana that day, and her role in her mother's murder will prove more significant than she ever could have anticipated. The Reverend Stephen O'Connell, founder of the town's pro-life coalition, obviously had issues with Diana, but his anger extended beyond the political to the personal - namely, Dr Duprey's involvement with his own troubled teenager. Meanwhile, the detective on the case grapples to make sense of it all. His investigation implicates many in this small Colorado town and reveals a series of gross miscalculations, each one challenging what we know, or think we know, about community, fidelity, justice, and love.

"It is precisely Elisabeth Hyde's arresting prose and astute observations about family life that elevate her fourth novel to domestic tragedy....Hyde is an author who should be with us for some time." ( Washington Post Book World)
" The Abortionist's Daughter explores the subtleties of belief, in the ways in which even seeming extremists can amend and alter their convictions without losing them....Political controversy aside, this is a mystery that works, one whose turns are neither obvious nor illogical...and Hyde's ability to grapple with loaded issues without putting the story second is impressive." ( The Austin Chronicle)

What listeners say about The Abortionist's Daughter

I listened to this as it was the book we were reviewing for our book club. The characters all seemed very shallow and unbelievable and I could not empathise with them. It was obvious very early in the book who dun it and I only continued to read because of the book club. It had all the makings of an excellent story but none of the story lines actually lead anywhere interesting. Boring in the extreme.

Not as good as I'd hoped

This book had some interesting set-ups for conflict and suspense, but I feel that the author didn't always handle them to full effect. Some of the material - especially the sexual text - was almost silly at times.