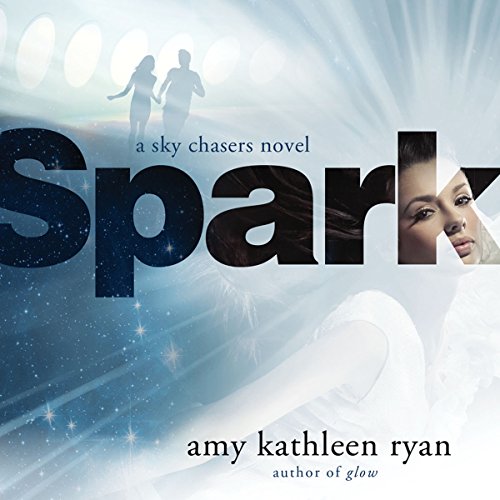 Waverly, Kieran, and Seth are in a race against time - and with the future of humanity hanging in the balance, there’s no room for mistakes.…

After a desperate escape from the enemy ship, Waverly has finally made it back to the Empyrean. The memory of home has been keeping her alive for the past months…but home is nothing like she left it. Forced to leave their captive parents behind on the New Horizon, she’s returned only to find that Kieran has become a strict leader and turned the crew against Seth. What happened to the Kieran she thought she knew?

Now Waverly’s not sure whom she can trust. And the one person she wants to believe in is darkly brilliant Seth, the ship’s supposed enemy. Waverly knows that the situation will only get worse until they can rescue their parents - but how?

Before they have time to make a plan, an explosion rocks the Empyrean, and Seth and Waverly are targeted as the prime suspects. Can they find the true culprit before Kieran locks them away…or worse? Will Waverly follow her heart, even if it puts lives at risk? Now more than ever, every step could bring them closer to a new beginning - or a sudden end.

What listeners say about Spark

...but still worth a listen. I will be listening to the next one, too. Narrators were good.

I found the narration very good, well paced and together with the excellently written story quite exciting! It's a shame the next isn't available yet as I have been fully engrossed and want to know what happens next!

Enjoyed It but the Characters Make you Crazy

I had mixed feelings for the first book in the series, Glow, and this the same could be said for Spark. As I say in my review, the main characters are frustrating. Just when you start to like them, they do something to drive you crazy. However, the action and the story intrigues you enough to push the character’s terrible decisions and keep reading. In the end, I think I liked Spark more than Glow, but there scores are pretty close.

Picking up where Glow left off, the girls are back on the Empyrean after being kidnapped by the other space ship, the New Horizon. However, the girls paid a price for their return. They left their parents behind as prisoners on the New Horizon. Now the Empyrean is left without a full crew to the run the ship and the oldest person on board is 16. The kids on the Empyrean try keep the ship functioning while they plan a way to get their parents and the rest of the crew back, but they are worn out and constantly at odds with each other. Waverly and Kieran, former boyfriend and girlfriend, are particularly against each other. Matters only get worse when a stow away from the New Horizon is discovered hiding on board and wreaks havoc on the ship.

I like this series, I really do, I just wished I liked the characters more. The author does a good job showing the characters’ different sides and it’s nice that you really do see where the characters are coming from. However, they make often make bad decisions that hurt everyone in the end. You can only imagine that 16 year-old’s and younger do not know how to run a ship or make difficult decisions. So as a result stupid things happen that could have been avoided if only they had set aside their differences and worked together. This gets tiring and after awhile and you start longing for something good to happen for once. But conflict and turmoil keeps things interesting and the pages turning.

What Spark did best is deliver action. It’s non-stop and there are lots of explosions, fighting, and people being thrown in the brig. The action scenes are often intense and leave you wondering what’s going to happen next. The book ends not on a cliff-hanger exactly, but ends in a moment of suspense. I now am looking forward to reading the next book in the series just so I can find out what happens to the crew.

I LOVE THIS SERIES!

Where does Spark rank among all the audiobooks you’ve listened to so far?

This is book is really unique..I love where it takes place.

The setting..there is so much that can go wrong in a setting like this.

What aspect of Ilyana Kadushin and Matthew Brown ’s performance would you have changed?

Nothing I think they were great!

The whole book was amazing..but the ending was incredible and crazy!

I would definitely recommend this book to my friends!