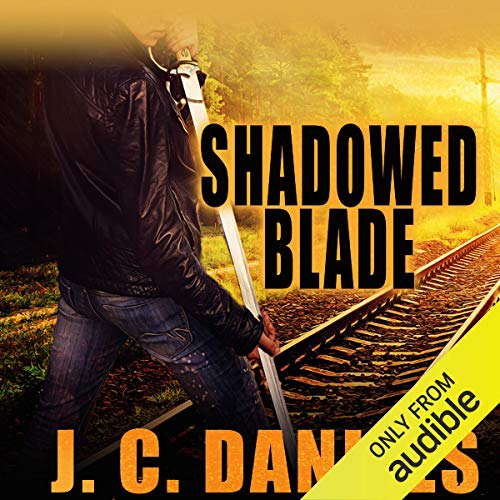 Something wicked this way comes....

The arrival of a very important person in her office seemed to be the start of a lot of problems for Kit Colbana, investigator extraordinaire. Claiming that he needed somebody with her special skillset, he sends her on a series of jobs that made little to no sense until one culminated with both her and her partner, Justin, barely escaping with their lives.

Back in Orlando, they go their separate ways to recover, Justin heading to the house of a local witch, while Kit returns to the Lair, where she's recently been living with her lover Damon, the Alpha of the Southern Cat Clans.

There's barely a chance for Kit to catch her breath before trouble of the highest order comes knocking on her door. This time, it's the form of a psychic by the name of Nova. Nova has bad, bad news...Justin has gone missing and so has the witch who was going to put him up while he healed. Colleen, one of Kit's closest, dearest friends.

With all sorts of non-humans disappearing, fury doesn't even touch what Kit is feeling as she heads out to hunt down the people responsible.

But Kit isn't the only one out on a hunt...somebody is hunting for her...somebody Kit would rather never, ever see again.

What listeners say about Shadowed Blade

I loved the series but I just wish that book 6 and 7 was available on audible.

This was another great one from Daniels and Mitchell. I love this narrator. She gives such emotion in her voice and makes my heart wrench. I can feel the pain and joy with her reading. To bad the next book isn't in audio yet. I'll just have to get the book on Kindle and finish it. I don't mind doing that. I planned on owning this series anyway. It's that good!

I prefer not to have so many sex scenes that are so descriptive. other than that the story itself kept me interested throughout every book. great job to all that worked on this series and who made it come to life

Listened to the book because of the narrator.

I only listened to this book as a fan of Maxine Mitchell, but I really enjoyed the series. The story and performance were excellent!

A very entertaining series that kept me wanting more! Loved the kick ass heroine and her various sidekicks.

I am loving this Blade Series! Can’t wait for erecting the next Kitt adventure! I live in Orlando Maybe I’ll take a drive to east Orlando and lookup Kitt detective agency! 😃💜😎

Each book has me looking for the next! The characters keep growing and relationships deepening. I truly am looking for more from these NH’s🤓

I absolutely loved these books.. they have everything I enjoy . If you love Kim Harrison, illona andrews, kf. breene , shannon mayors, and Annette Marie , jim butcher, kevin hearne and shayne silvers... and many more like them, Listen to these you won't regret it. Like ever series its starts out slowly but the books get better and better as you go! The only complaint I have is that Audible doesn't have book 6 which is the last one in the series... I will let you guys know if I find it!!!! Enjoy!!

This was such an awesome book I was so disappointed the next one isn't on audible!!
So frustrating when that happens. The good news is it ended in a way where it wasn't a cliff hanger so tanger so you feel satisfied so even though I want more more I don't need it if that makes sense.