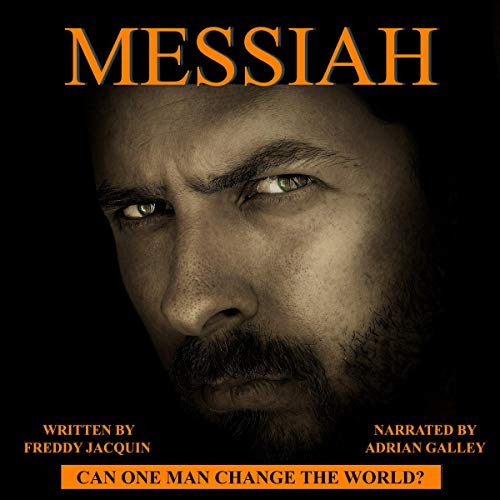 Messiah: Can One Man Change the World?

By: Freddy H. Jacquin
Narrated by: Adrian Galley
Try for £0.00

Suffering from complete amnesia, a man is found close to death on a beach and on a freezing cold winter's day. Although he has no idea how he does it, he finds that he has the ability to alleviate pain and suffering from those in need of help. On meeting anyone, he instinctively knows the evil that they may hold in their heart and mind. This ability leads to the arrest of the most prolific child killer in England.

The interest by the media in this unknown man, with these seemingly miraculous powers, lead to him helping millions overcome their suffering. His fame enables him to gain access to the world's most powerful leaders, and his powers enable him to change the beliefs of billions of people. His simple message of the power of love over hate, peace over war, gains a following and becomes a movement that will ultimately change the world.

What listeners say about Messiah: Can One Man Change the World?