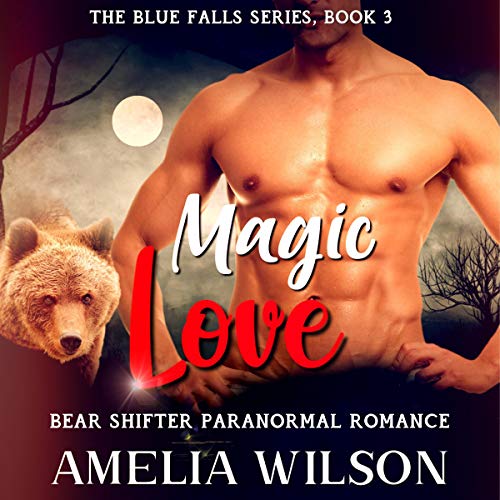 By: Amelia Wilson
Narrated by: Nicole Blessing
Try for £0.00

Can someone be redeemed after they've created chaos in a paranormal world?

Penelope isn't everyone's favorite witch, but she's trying to be better. No longer striving to be a supervillain, she sets out to find out what's making the creatures and plants of Blue Falls sick. Too bad the alpha of the were bear clan has stuck her with a babysitter, Han. It only gets worse when he finds his apartment gutted by his drug-addicted little brother.

Han isn't known as the most upstanding citizen in the were bear community. He's been assigned to watch Penelope's every move. Penelope resents him at first, but over time an attraction starts to develop.

Can a reformed witch and a redeemed were bear fall in love? Find out in this exciting tale full of passion and magic.

Good story if you like that type of thing.

I struggled to finish this one. I generally like shifter stories but am not a fan of witches.

Loved it from the beginning to the end, audio was well delivered and easy to listen to.

The narrator did a good job. She has a very pleasant voice and easily understandable. The storyline is a little predictable but has a few good twists in there. I wish it was longer and went a little further but perhaps there is a second book.