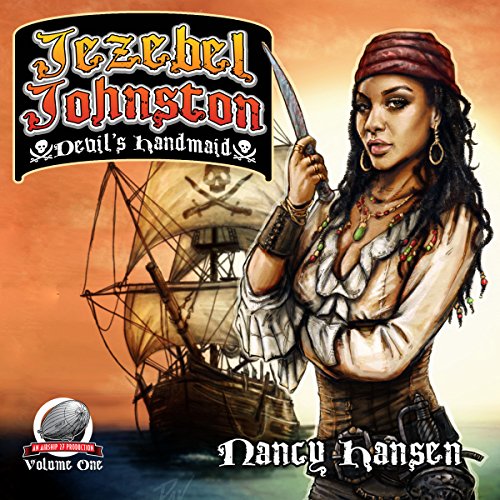 The call of the sea.

Born on the pirate island of Tortuga, 14-year-old Jezebel Johnston is a beautiful mulatto sired by an English privateer named Long Tom Johnston and Mofina, the madam of a well-known bordello. For most of her young life, Jezebel was mesmerized by her father's stories of life on the high seas. Eventually he sailed off on a new adventure and never returned. Frustrated by her own boring existence, Jezebel conceives of a daring plan to escape the island. She disguises herself as a boy and signs aboard the pirate ship, Devil's Handmaid, captained by the notorious Dandy Dan Abrams. Her disguise works and within hours she's sailing away from all she knows as she boldly challenges the dangers and threats that lie before her. Writer Nancy Hansen tells a story of clashing empires all seeking to expand their dominion into the New World. Amidst this expansion of wealth and influence, the pirates of the Caribbean were borne, a savage fraternity of outlaw sailors, murderers and scalawags who ruled the seas. Now comes the saga of a young girl willing to share their tempestuous adventures, cutlass for cutlass, until one day she will become the greatest pirate queen of them all.

What listeners say about Jezebel Johnston

Good one, but not for young kids...

I bought the book for my daughter and thankfully she didn’t listen first. There was a bit too much sexual content and gore.

But, for me it was a pretty cool book. Very descriptive about battles and sea life.