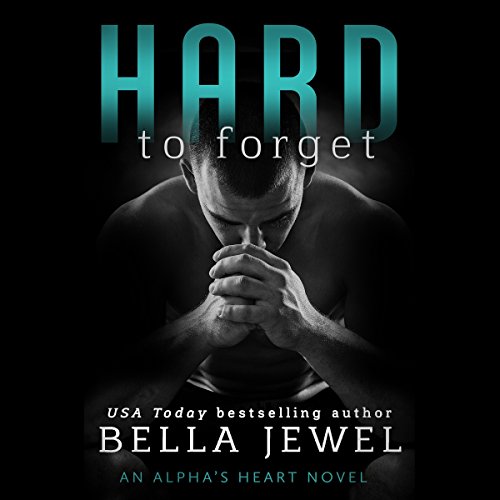 Delaney, a professional bodyguard, has spent years trying to prove herself in a male-dominated industry. Now she's facing her greatest challenge yet.

Bad boy billionaire Jax Shields has made plenty of enemies on his climb to the top, but being in the wrong place at the wrong time has put his life at risk. Now he's putting his life in the hands of Delaney and her team. He demands the best in everything, and he doesn't think she has what it takes to protect him. He's also made it clear he'd rather have her on her back than covering his. Will Delaney be able to prove herself to the most arrogant - and devastatingly handsome - man she's ever met?

What listeners say about Hard to Forget

I am such a Bella Jewel fan I knew it had to get better at some point.....WRONG. The lead woman was such a whiney wimpy bitch, the narration was awful. I honestly think someone else wrote this book, save your credits for other Bella Jewel books.

Best book of the series

I read the entire series in the span of 2 days. This one is by far the best of the 3. Very streamy and action packed. Loved the story.

The woman in this story was incredibly annoying. She allowed people to treat her awfully and the leading man was completely full of himself. I really didn’t care what happened to them.

Jax Shields is a billionaire that made his own way in life. He's a take no prisoners and gets what he wants. He doesn't have to be nice about it, that is not what he is known for. He is a workaholic and has no time fore "dating". But when his life is in danger all because he was at the wrong place at the wrong time, he has to hire a security team, but when one of the is a female, he is not happy.

Delaney lives in a man's world, she is doing everything to not only prove herself but earn the respect she deserves. Her job requires her to put her life on the line and to always be on your toes. When she gets the first chance to take a big job that will prove her worth, it is with a man she cannot stop thinking about and it's putting her in danger.

I fell in love with Bella Jewel a while ago. She is awesome. This book rocks!!