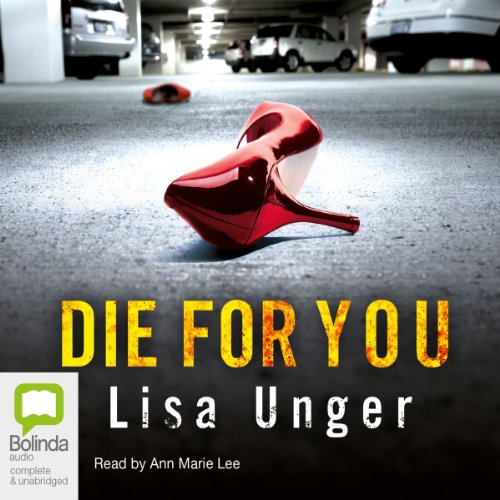 The latest breathtaking thriller from the international best-selling author of Beautiful Lies, Sliver of Truth, and Black Out - all published in audio by Bolinda.

A nightmare journey from bustling glamorous New York City to the murky streets of Prague.... Isabel and Marcus Raines are the perfect couple. She is a well-known novelist: he is a brilliant high-tech game inventor. They've been married for five years and still enjoy a marriage filled with romance. But one morning, Marcus disappears. Isabel dials his mobile phone for hours, but when she finally receives a call in return, it's more disturbing than she could have imagined - only the sound of a man screaming pitifully.p>The police are no use. It could have been a television show, they tell her. Grown men just don't disappear. The next morning, Isabel races to Marcus's office to confront his partners and learn the truth about her husband. But soon after she arrives, the FBI raid the office and knock her unconscious. When she awakens in a hospital, she learns that everyone else in the office is dead. Isabel finally returns to her apartment to find that it has been completely ransacked. Her money - all their money - is missing from their accounts.

But the final blow comes when she learns from the police that Marcus Raines is in fact a dead man. He has been using somebody's identity for years.

Isabel was married to someone she never knew. And now the chase is on, because Isabel will not rest until she finds the truth.

What listeners say about Die for You

Would you try another book written by Lisa Unger or narrated by Ann Marie Lee?

Too much unessecary going back in time. Talking about things that have no direct bearing on the story

On reading the review it seemed to have a reasonable plot. However, the book meandered between the mundane to the unbelievable with characters that were too hastily sketched (with a bit of everything thrown in). The main character began to get irritating with her constant aggressive anger and often doing things out of character. eg. not reacting when her husband had an affair?? I found myself fighting to concentrate on the words as there were patches of sheer boredom. The regular philosophizing about life and writing had an air of self- righteousness. Then when I thought it would end, we were hit over the head again, for the 3rd time explaining the whole reason for the plot by reading an article from the newspaper! Surely a skilled writer would have let the plot come to light through the story itself? I just wanted it to end!!