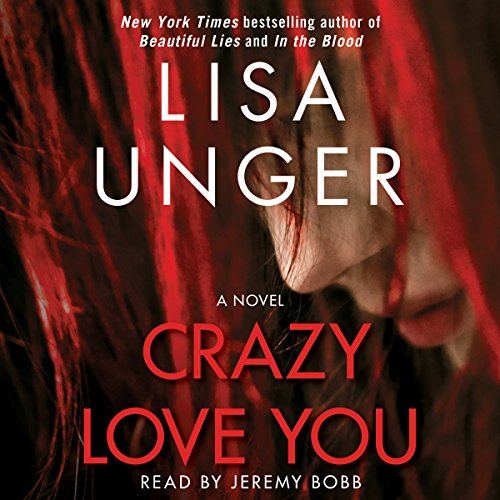 No one writes "good scary fun" (The Washington Post) better than New York Times best-selling master of psychological suspense Lisa Unger. With more than 1.7 million books sold in more than thirty countries, it's clear why USA TODAY declared that her thrillers "should be on everyone's to-read list."

Falling in love can feel like a dream - or a living nightmare.

Darkness has a way of creeping up when Ian is with Priss. Even when they were kids, playing in the woods of their small Upstate New York town, he could feel it. Still, Priss was his best friend, his salvation from the bullies who called him "loser" and "fatboy" - and from his family's deadly secrets.

Now that they've both escaped to New York City, Ian no longer inhabits the tortured shell of his childhood. He is a talented and successful graphic novelist, and Priss - Priss is still trouble. The booze, the drugs, the sex... Ian is growing tired of late nights together trying to keep the past at bay. Especially now that he's met sweet, beautiful Megan, whose love makes him want to change for the better. But Priss doesn't like change. Change makes her angry. And when Priss is angry, terrible things begin to happen.

What listeners say about Crazy Love You

WOW, was not excepting half of that happen...had me really second guessing myself. Everything was being built up and slowly ending to a creepy and scary ending...then it just let me down. I was really expecting an ending that made me sick and looking over my shoulder, but nope. It all ending to sweet and perfect for me. Not that I don't want a sweet ending, it's just that it was unexpected after all that happened.

Interesting book but the end fizzled for me

Yes - I enjoyed listening to the story but was hoping for a better and more realistic "twist".

I love Lisa Unger - she is one of my favorites. I bought this book without reading the reviews and did not expect the "ghostly" direction that it took. I kept waiting for one of her great twists but it for me it did not arrive.

Another great novel by one of my favorite authors!! Well developed, likable characters and story kept me guessing the whole time!!!