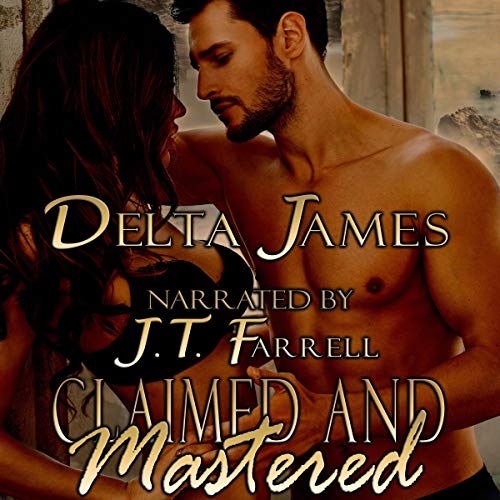 She vowed she would never be mated. He claimed her anyway.

Ava Rhys has always chafed at submitting to the authority of her pack's alpha, but when he tries to sell her body in return for money and influence, she decides she would be better off on her own. Ava's plans to live as a lone wolf in the backwoods of Maine are thrown into turmoil, however, when the local game warden makes it his business to take her in hand, and the battle-hardened former army ranger soon proves to be just as fiercely dominant as any alpha shifter.

Declan Collins knows a woman in need of a man's firm hand when he sees one, and it isn't long before Ava is kneeling naked at his feet with her well-spanked bare bottom on display. Once he has taught her a better use for her sassy mouth, she quickly finds herself screaming her helpless, shameful submission into the bedsheets as he claims her so roughly and so thoroughly that she is left in no doubt that she belongs to him, and there is nothing whatsoever she can do about it.

With each passing day, he masters her body ever more completely, never hesitating to punish any hint of defiance before using and enjoying her in ways more humiliating than she could have ever imagined. But when instinct causes her to bite him in the throes of yet another intense, desperate climax, will she lose him forever, or will she end up mated to an alpha shifter, after all?

Publisher's note: Claimed and Mastered is a stand-alone novel which is the sixth entry in the Wayward Mates series. It includes spankings and sexual scenes. If such material offends you, please don't buy this book. Also note that Claimed and Mastered shares its setting with Adaline Raine's previously published books Marked by the Alpha and Rules of the Pack, and it was written only after receiving Adaline's permission and support.

What listeners say about Claimed and Mastered: An Alpha Shifter Romance

Heat, heat and more heat, this book is fantastic I loved the heat levels and the characters. There is such a strong storyline and I loved listening. A fantastic series that I would be happy to listen to again and again

Ava was a piece of work when she lived with her pack in Europe and was determined to be an alpha's mate. She was an alpha in her own right. When she overheard her pack alpha talking to his mate about sending her away to another pack to be mated off, she takes things into her own hands and flees to America where she ends up meeting her match in human alpha Declan. Slowly they become close and she recognizes him as her fated mate. When Ava accidentally bites him in the throws of passion, things really get interesting. Until then, he did not even know her real name. JT Farrell did a great job with the narration. I received this free copy audiobook at my request and have voluntarily left this review.

Well written, fast pace and Steamy and Audiobook for sure. Delta James never disappoints. JT Farrell’s Narration makes it all the more better.

The story is one that I’ve read several times. Listening to it brings out many little details that I missed before. The narrator’s ability to create the different accents is just one of the best reasons for listening!

Yall buy this book, it was just simply amazing....I really enjoyed every minute of it. Loved this book ❤❤💯

Ava is misunderstood by her pack and when they talk about sending her off to find a mate, she leaves and goes rogue. In the US she meets Declan, a human. I was captivated by how Delta James developed their relationship. I have read few shifter books where a human male is shifted. Ava planned on leaving before this happened, but an accident during the heat of passion changes everyone's lives, JT Farrell does an outstanding job with his narration. I highly recommend this Audible book.

Oh my my my, loved this. This was the first book in this series that I've listened to. I hope someday I can get the rest of it.
The narrative brings the story to life. I definitely will be listening to it again.
This audio book was given to me for free at my request from the publisher or author or narrator and I provided this unbiased voluntary review.

I’m a huge fan of Wayward Mates.
Ava and Declan’s book takes us to the coast of Maine. Ava can’t have the mate she wants, but she can’t bear to stay and watch Griff and his fated mate. The only thing she wants is distance.
Declan has everything in the world, but he’s alone. He dreams of a family in his big house, but has no idea what’s coming from Wales to sooth his lonely heart.
Delta James knows shifters!! This series is 5 stars!