What Literature Teaches Us About Looking After Yourself 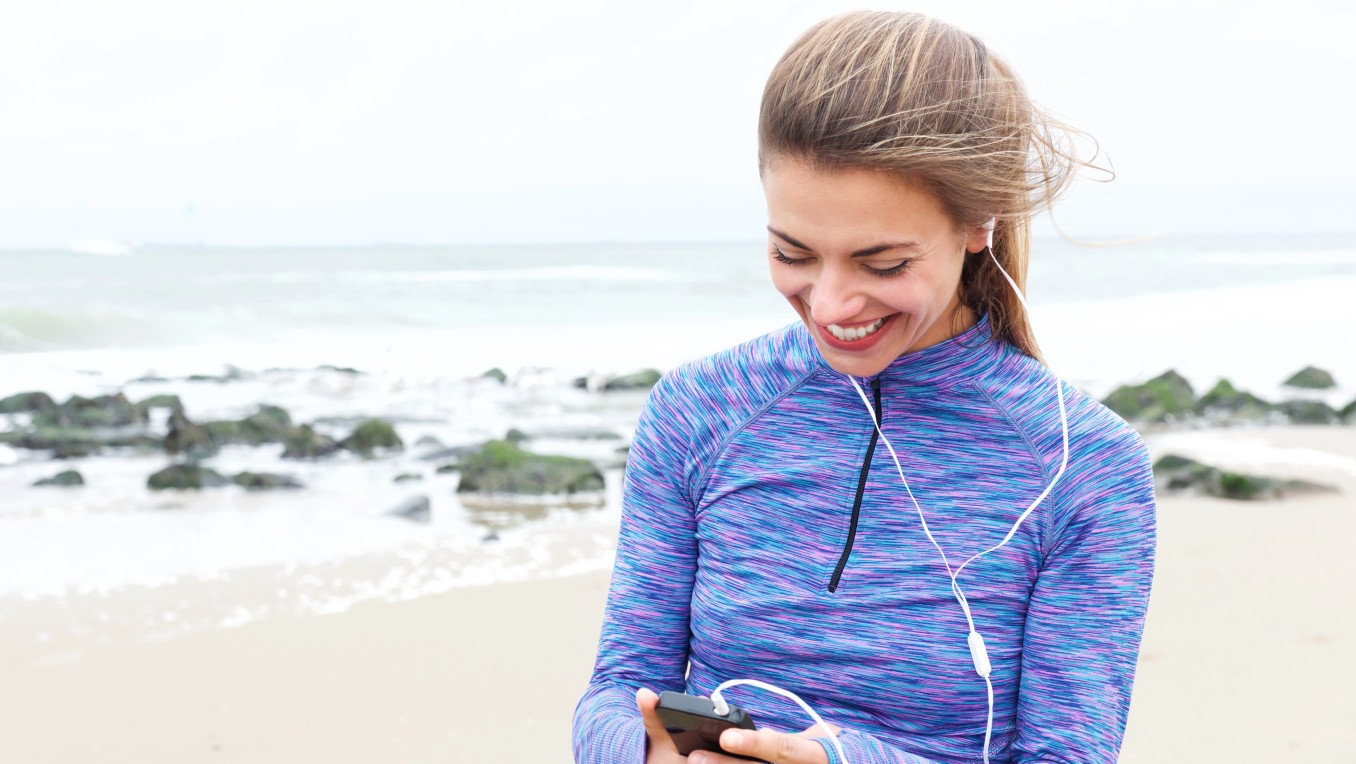 Find out about the landmark diet, fitness and lifestyle books throughout history that have changed the way we live and the foods we eat.

People have been desperately and relentlessly pursuing weight loss since records began.. Unfortunately, our reasons aren't usually motivated by improving our health or fitness. As society has evolved, especially in the age of social media, we’ve become more and more self conscious about how we look on the outside.

How big is the lifestyle book industry?

Where there is demand, there is supply. The UK fitness industry, which includes both weight loss and wellness, is worth approximately £4.3 billion, which is part of the £220 billion global market.

In 2017, when the book industry took a 1.6% downturn, sales in the mind, body and spirit genre rose by over 13%. In our desperation for quick results, we’re always willing to try any new and innovative technique that promises results, regardless of how creative it is.

The history of lifestyle in literature

Our busy lives often make it hard to plan healthy meals or take care of our bodies. It's a need publishers have been trying, often successfully, to fulfil for nearly 150 years. 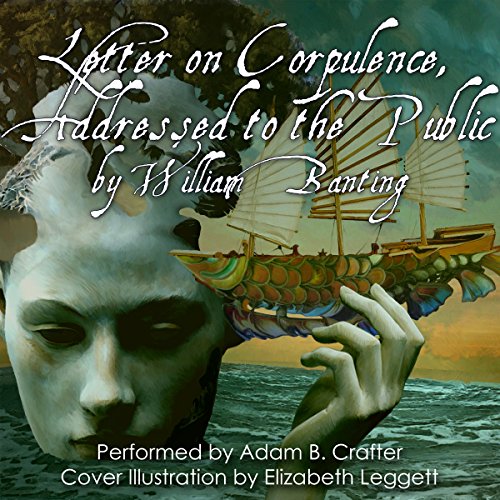 Letter on Corpulence: Addressed to the Public

At the ripe old age of 68, William Banting’s health was failing. He was overweight, going blind and deaf, could barely walk and had an umbilical rupture. His doctors couldn’t fix him and, apparently, his diet of alcohol, four meals a day and no exercise weren’t helping. In a last-ditch effort, Banting started to eat mostly meat with a sprinkling of vegetables and shunned a lot of the food he had previously eaten. Suddenly, he lost fifty pounds and his health dramatically improved.

William Banting had discovered what we now know as the low-carb diet, albeit with a few modifications — Banting’s official diet included four or five glasses of claret a day with a grog of rum, brandy or gin). To share his success with the public, he published a pamphlet detailing the diet and gave it away for free. Sixty-three thousand copies later and the name Banting was becoming synonymous with dieting throughout England.

His success was not without controversy. His approach was ridiculed and distorted. Many in the medical profession became anxious that Banting was undermining their position in society, and so launched an attack on the grounds that it was unscientific. However, due to the sheer number of overweight people who had success with the diet, the medical professional could not ignore it.

One of the greatest weight-loss stories of our time inspired another diet book. Celesta Geyer (stage name Dolly Dimples) was a circus ‘fat lady’ just after the Great Depression. Weighing 9 stone 8 pounds and standing at 4 foot 11 inches, she was recruited to the circus when a lady said to her: “You know, honey, everyone laughs at you now. Don’t you think it would be a good idea to make them pay for their fun?”

After a near-fatal heart attack at 48, she realized her life was going to end soon. Her diet of 10,000 calories a day, including four loaves of bread, two pounds of sugar and a gallon of milk had to stop. In a remarkable feat of human discipline, Dolly reduced her intake to 800 calories a day and cut her weight to around 120 pounds for the rest of her life until she died at the age of 81.

However, her weight-loss manual would be seen as extremely unconventional by today's medical standards, if not wholly irresponsible. Consisting of baby food and six glasses of liquid a day, a quarter of the diet was only cereal grains. And there was no exercise. Instead, she opted for massages and hot baths. Not quite what today’s doctors would recommend.

The eighties were a peak for fad diets and exercise trends. Inspired by the successes of Weight Watchers and Slim-Fast, we saw Jenny Craig rise to fame with scientifically based weight-management programmes and a Jane Fonda book or exercise video finding its way into almost every home on the planet.

Named after the place where many weird and wonderful ideas about how to live originate from, the Beverly Hills diet took the scientific approach to the extremes. It claimed that the key to weight loss was a practice known as food combining; eating certain foods together and in a very specific order to help the metabolism process it efficiently.

Rules such as never combining carbohydrates and proteins or even eating them on the same day have led many to ridicule the diet, although they may just be unwilling to forgo their burger and chips or spaghetti bolognese. A rollercoaster of diet plans followed, hitting peak fad in 2000 with the release of Dr. Atkins' Age-Defying Diet Revolution (more commonly known as the Atkins Diet). 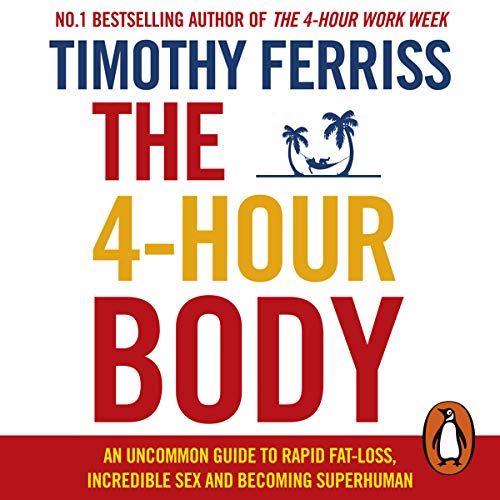 Now and then there are books that come along which give birth to a kind of cult-like following. This book by Tim Ferris, a follow up to his wildly successful The Four Hour Work Week, is one of those. After it debuted at #1 on the NY Times Bestseller List, a legion of fans began to evangelise about his unconventional and exciting methods.

Billed as a how-to manual for just about every feat of physical stamina, strength, sleep and sexual endeavour (including practical tips to give women even stronger orgasms), the book reads more like an encyclopaedia or cookbook. More importantly, Ferris’ book took advantage of a new kind of health mindset: how to ‘hack’ your body and your mind, just as you might hack a computer or software system. Tim presents hundreds of “scientific rules for redesigning the human body” such as bathing in ice to lose weight and eating organic almond butter on celery sticks to treat insomnia.

Biohacking, as it is more commonly referred to, rejects the idea that getting healthier and avoiding diseases is as simple as eating less and exercising more. Ferris himself is a self-identified lab rat, having subjected himself to mind-boggling experiments in both physical training and nutrition since he was a teenager.

Rightly or wrongly, celebrities have always been looked to for inspiration when it comes to diet and exercise. There’s no shortage of advice from millionaire movie stars or reality show celebrities, most of whom have to look good for a living and have a team of experts to help them do it.

We live in a period of human history where the line is blurred between experts and the people who play them on TV. We’re often much more interested in dieting and health advice from a TV star than we are a qualified doctor or nutritionist. Usually, this is because we feel like we know them personally. We invite them into our homes every night and forget that they don’t always know more than we do.

So, it is no surprise then that we’re more open and willing to listen to people like Kate Ferdinand. Her homely, authentic tone speaks to a broad audience. Like Kate, many of us have battled with insecurity and anxiety, and we’re likely to learn more from someone we can relate to.

Stories of hiding sweet treats on a high shelf so she can’t reach them and throwing her step-children’s leftovers away to avoid snacking immediately endear her to the audience. Although, we can’t agree to her one sandwich a year rule.

Which lifestyle books are the most effective?

Of course, like anything in life, it is up to the reader to decide what advice to take. While it is fair to say that if most people burn more calories than they eat they’ll lose weight, many of us need a more structured and detailed guide to help get it right.

So, whether you’re into intermittent fasting, want to go back to your caveman rootes with a paleo diet or want to try one of the hundreds of other ways to live and eat healthily, do so with the knowledge that there’s no secret trick or quick fix for a better lifestyle.