The Alien Saga in Chronological Order 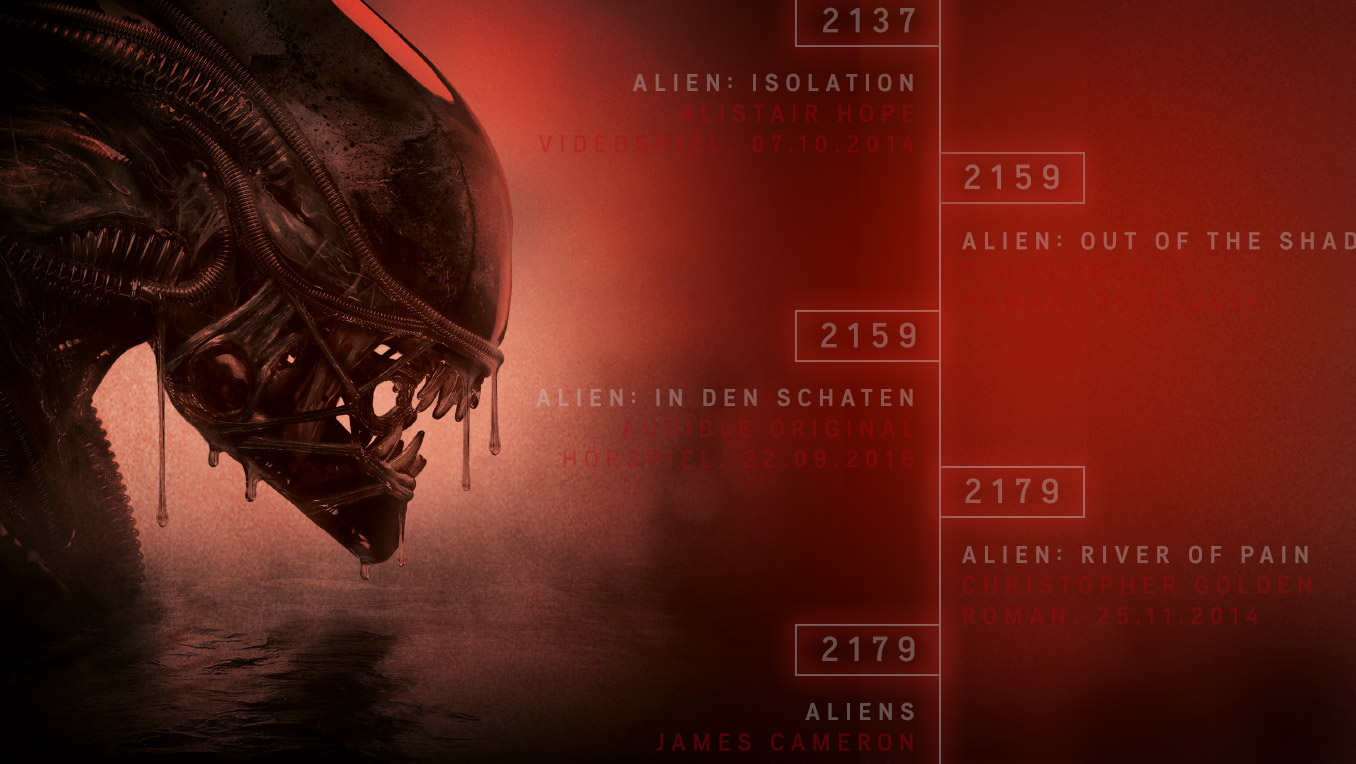 Make sense of the Alien franchise with our chronological guide to the movies, video games, audiobooks and more.

Since Ridley Scott’s Prometheus (2012) brought the Alien saga back to life, the franchise’s newfound admiration seems to have spread quicker than the Xenomorphs themselves. Its resurgence in popularity has paved the way for a world of other alien fighting, flamethrower shooting, planet colonising adaptations - including books, video games and the 2017 film Alien: Covenant.

However, as with any franchise, the sea of prequels, sequels and spin-offs can be overwhelming, leaving you wondering where on earth to begin. With shifting narratives and ever-expanding mythologies, it’s time to address one of sci-fi’s most burning questions…

What exactly is the chronological order of the Alien saga?

Time to get out of hypersleep. Our journey’s about to begin. The first thing to know (although have probably guessed by now) is that the order in which you should watch/listen/play the franchise doesn’t necessarily coincide with their release.

The franchise is effectively made up of two separate series – the four original films and the prequels. Throw a number of video games, novels and radio plays into the mix and you’ve got yourself a narrative that is far from seamless.

That’s where we come in.

In the timeline above, we’ve mapped out the key Alien titles, showing where they sit in the official narrative and what order to experience them in.

“But what about Alien vs. Predator?” we hear you say. Sure, Alien is mentioned in the title, and Xenomorphs do appear, but according to Ridley Scott himself, the two films are not part of the official franchise - we’ll take his word for it. The same has also been said for the majority of the comics. As a result, here we focus on the titles that have made the Alien franchise what it is, starting with the first two Alien films.

The big two: Alien and Aliens

For many, the heart of the Alien franchise lies in the first four films, all of which deal with the confrontation between Ellen Ripley (Sigourney Weaver) and the bloodthirsty aliens – usually caused by the Weyland-Yutani Corporation’s desire to capture living aliens for military research.

The Alien phenomenon started in 1979 when the first film hit cinema screens. Set in 2122, Alien follows cargo ship Nostromo as they follow a distress signal from nearby moon LV-426, where inside a derelict spaceship (later known as Origin), an alien egg is discovered – a first in cinema history. The film then follows the Nostromo crew as they battle for survival against the formidable alien. As well as a cinema first, viewers were also treated to one of the most iconic moments in film, the infamous Facehugger scene – something that would see Alien win an Oscar for Best Visual Effects.

Much of its success is down to director Ridley Scott and creator of the Xenomorph, HR Giger, whose designs also support later films in the Alien saga. Although free of CGI thrills, there’s no doubt that Alien would still hold its own if released today.

It was another 7 years before fans were treated to another instalment of the Alien universe. This time with the subtly-named Aliens (note the plural-s). The second in the original saga follows more or less the same events as the first, with the return of Nostromo survivor Ripley (not forgetting the ship’s cat Jonesy) after a 57-year hypersleep. Now 2179, it turns out that while asleep, the Weyland-Yutani Corporation managed to settle LV-426 (the moon in Alien, now known as Acheron), but has now lost contact with the small colony of Hadley’s Hope. The fear of deadly alien eggs means Ripley must return to the scene of the first film as a battle-experienced advisor. However, this time, instead of the relatively harmless crew of Nostromo, she’s equipped with some battle-hardened marines and the latest weaponry.

For want of a better phrase, it’s safe to say that director James Cameron ‘went all out’, increasing the number of aliens, explosions and characters (including fan-favourite Bishop the android). Aliens saw the franchise win another two Oscars, one for Best Sound Editing and another for Best Visual Effects.

A new Alien film saw the arrival of another new director, this time David Fincher. Unfortunately, Fincher came to Alien 3 late, supposedly having to deal with a problematic script and a strict studio. After the first two films, hopes were high.

Alien 3 sees Ripley crash land on Florina 161, a bleak wasteland inhabited by former inmates of the planet’s maximum-security prison. Once again, after trying to convince the sceptics, Ripley must then take on the alien, fighting back with the help of prisoners and guards. Despite the appearance of fan-favourites such as Bishop and the alien queen, Alien 3 could not match the critical success of its predecessors.

The final film in the original quadrilogy saw Alien: Resurrection. While only 5 years had passed in the real world, it had been 200 years since Riley sacrificed herself for the sake of humanity. With her employers long gone, it’s the military who choose to resurrect this one-woman killing machine, this time through genetic cloning. Although the aim is to extract the alien within her, her DNA is fused with the queen, leaving her part Xenomorph. When the aliens escape, Ripley must decide where his allegiance lies.

Although considered to be the big finale for the Alien series, reviews were generally negative. Many put this down to the eccentric collaboration between director Jean-Pierre Jeunet and screenwriter Joss Whedon.

The success of the original four films saw them reimagined as novels, with Alan Dean Foster writing the first three and Ann C. Crispin taking on the fourth. For anyone looking to delve deeper into the Alien saga, these are must-listens. Also available in audiobooks, each story explores into the backgrounds of locations and characters, including the family history of Ripley.

The prequels: Prometheus and Covenant

After Alien: Resurrection, all was quiet on the Alien front (at the box office, anyway). That was until Ridley Scott returned to the director’s chair for 2012’s Prometheus. Set in 2091, 31 years before the first film, fans were treated to familiarities such as the Weyland-Yutani Corporation, space exploration and Engineers – the creatures suspected to be responsible for engineering the humanity. Referred to as Space Jockeys in previous Alien films, this was the first time Engineers have appeared since the original.

Although the reaction from critics and fans was mixed, Prometheus successfully brought Alien back into the limelight, paving the way for the second in the prequel series, 2017’s Alien: Convenant. Now 2103, a new crew (Convenant) is sent to colonise a distant planet. At first, it appears to be the perfect haven for humans, but as we’ve learnt from the films that have come before, this mysterious universe is dark and unforgiving. Before long, the Convenant crew find themselves in a deadly fight for survival.

After Prometheus reignited interest in the Alien universe, 2014 saw the creation of an independent novel trilogy - each one expanding on the films’ characters and locations. Dramatic, gripping and chilling, we knew that we had to turn these into audiobook dramatisations. And this year, we with the help of Audie Award-winner Dirk Maggs, it finally happened. Through his cinematic approach to audio production, these Audible Original Dramas use music, sound effects and vocals to place the listener in the centre of the story, allowing them to feel every bit of emotion the characters feel along the way – the nerves, the fear, the excitement. Fans of these original dramas should also be sure to look through Maggs’ other work, including The X-Files: Cold Cases, The X-Files: Stolen Lives and his BBC Radio 4 Dramatisation of Voyage.

Below are the 3 audiobooks in order of release, narrated by the likes of Golden Globe winner Rutger Hauer, British actress Kathryn Drysdale and Harry Potter’s Matthew Lewis (that’s Neville Longbottom to all you Potterheads). 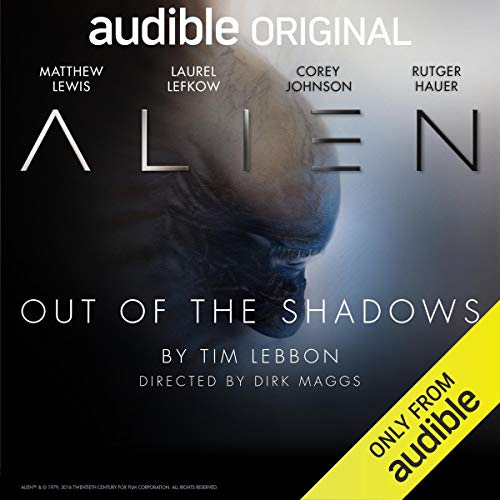 Alien: Out of the Shadows: An Audible Original Drama 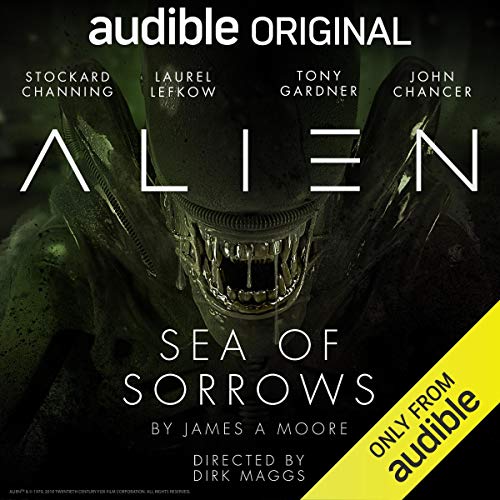 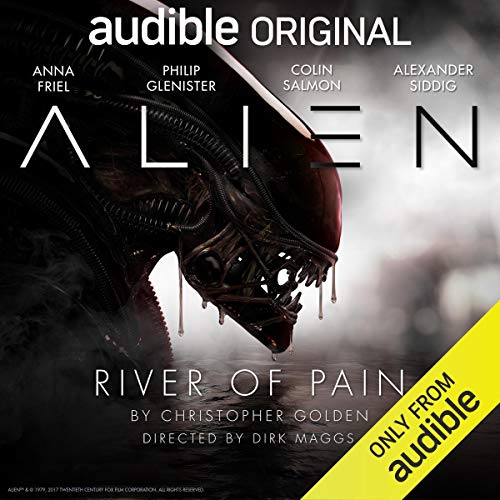 Power in your hands: The video games

The latest two chapters in the Alien chronology (so far) come in the form of video games. With the blessing of 20th Century FOX, Aliens: Colonial Marines extended the official Alien narrative. Set just weeks after the disastrous events of Aliens, a second squad of Colonial Marines is sent to Hadley’s Hope in order to fight off the Xenomorph infestation found in USS Sulaco (now orbiting around the LV-426 moon). Developed by Gearbox, this first-person shooter has ensured that 2179 is one of the most eventful periods in the Alien saga.

2014’s Aliens: Isolation, on the other hand, is a game all about stealth and survival, with the focus being on avoiding and outsmarting the merciless aliens. Set 15 years after the events of Alien, it follows Amanda Ripley, daughter of Ellen Ripley, as she investigates the disappearance of her mother.

Whether it’s film, video games or audiobooks, for now, interest in the Alien franchise appears to have no end. For those suffering Xenomorph withdrawal symptoms, your next Alien fix, it would seem, isn’t far off, with the next prequal rumoured to be released this year, again directed by Ridley Scott.

Until then, there’s plenty of Alien audiobooks to keep you going. Discover them all.

More articles about: Sci-Fi, All Genres