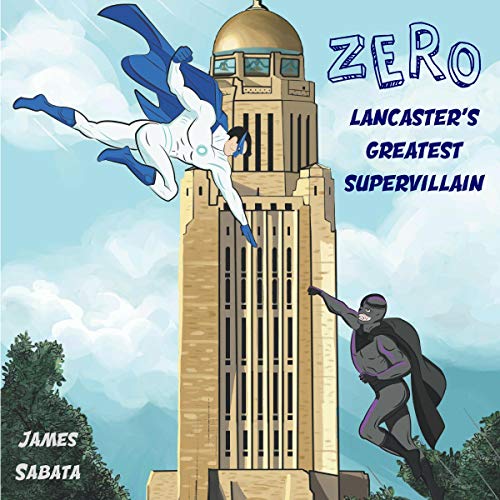 Plagued by supervillains for over a decade, the city of Lancaster has watched in awe as their superhero, Zero, stood victorious against each threat. They’ve grown to respect him, to love him, to idolize him; oblivious to the fact that their beloved hero is also the city’s most hated millionaire media mogul. But Zero has a secret much bigger than his identity. The city’s great protector is also the mastermind behind the villains terrorizing the city.

Exploiting his total control of the local media, the man under the mask lives out his superhero fantasies; scripting and directing events as he gains more control over Lancaster each day. Looking for a new story to tell, Zero promises to make Chris Thompson his new sidekick and eventual successor.

As Chris proves his worth, Zero grows paranoid and flips the script on his protégé; spinning the media to make Chris into the most hated villain Lancaster has ever seen. With the line between good and evil blurred, Chris finds himself on the wrong side of the law; battling his former mentor to save not only himself, but the city that has been taught to hate him.

Another quirky and well-written story by James Sabata (check out his "Fat Camp") that also has an underlying message. Even if superheroes aren't your thing, there's plenty of adventure, intrigue and comedic moments in this story. I thoroughly enjoyed it. I thought the narrator did a really good job with the story, the characters and the comedy.

Geez, this one was bad... I always preview before purchase, the clip didn't seem that bad and I really like these kind of stories, helps my several hour daily drive. However, between the poor narrative and the bad writing I didn't make it pass the first three or so chapters. I really tried to like it and made myself listen in hopes it would get better, NO GO! Going to try and get my money back it was that bad! Does anyone listen to these prior to publishing? I would like to know who has that job bc they need someone new! There are way too many books out there like this and it SUCKS! Maybe the book wouldn't have been so bad if the narrator could narrate! GARBAGE!