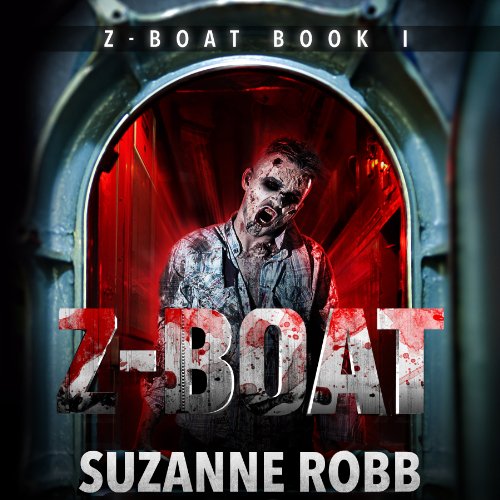 Ally Lane is the pilot and navigator of the The Betty Loo, a search and rescue submarine. She took refuge from her demons on the sub a decade ago.

Brian Kingston, a captain with good intentions but a heavy drinking problem, jumps at the opportunity to make more money than he can imagine on a deep-sea dive aboard the search and rescue submarine, The Betty Loo. He quickly discovers just what he’s gotten himself, and his crew, into. The Betty Loo will be going to suicidal depths on a mission to rescue The Peacemaker, a sub once thought to be unsinkable. After receiving an anonymous threat on the day of departure, Brian is left with no choice but to continue on the mission.

But the depths of the sea aren’t the only problems ahead. New crewmembers arrive, and seeds of distrust are sown within hours. And, upon arrival to The Peacemaker, he realizes that though not all the bodies are dead, there is no one to rescue.

The crewmembers, both old and new, have to trust one another and fight for their lives against the adapting undead or join them in the floating graveyard that is The Peacemaker.

A fresh look at zombies in a unique setting

Very much so. The zombie genre needs fresh settings and stories. The thrown-together, multi-cultie crew of opposites fighting off hordes of zombies after the collapse of the world has been done to death. THIS story take the genre up a couple of notches.

Since 2006, the zombie genre has caught fire among horror readers. Unfortunately, a hot genre tends to gather quite a bit of the same kindling, so to speak, and many of the offerings are merely carbon copies of one another. Not so Robb's Z-Boat. Here we have a dystopic, rather than apocalyptic, entry into the zombie horror arena. The world isn't overrun with the living dead, it merely sucks. A makeshift crew is thrown together to investigate an SOS from a research vessel deep in the ocean and we're off to the races.

Robb manages a hefty cast with ease, making each one real rather than cookie-cutter. Each member of the crew is pursuing their own ends with their own agenda and each event sets off ripples among these competing interests, something that kept the pages turning from start to end.

The story unfolds quickly and logically, sending the crew careening from conflict to conflict, crisis to crisis, building to a cacophony of action and viscera that you won't soon be able to forget. Let's face it...this is a smart horror novel, but it's horror novel and you'll not lack for bits and pieces being outside bodies when they shouldn't be :) Robb handles physical descriptions with exceptional skill, not dwelling on the gore and cracking bones for their own sake, as too many crappy zombie novels tend to, but rather making those awful instances relate directly to the characters involved and how they experience what's going on around, and to, them.

I'm definitely picking up the next in this series.

Whoever edited this audiobook should get a serious dressing down. He/she/it left in repeated lines from the voice talent who most likely was giving the producer multiple takes on a given sentence or two. Those didn't get edited out and it lowers the quality of the work in general.

Zombies on a Submarine

If you do not already know this, this is a zombies on a submarine story, makes you think of Snakes on a Plane, right? Also the planet earth has finally been decimated by humans in every imaginable way. Z-Boat had the backbone to be really entertaining and a standalone in the genre.

However, it did not come off that way to me. Starting out very slow with character development that I found myself not caring about after awhile. The plot too was very slow to develop into something that was lackluster and left me with a melancholy taste in my mouth. I kept telling myself that it will get better, there will be action, there will be zombies (the title promised it), there will be horror. Well there was some but only after trudging through more than half and realistically, sorry didn't actually keep track, three quarters of the story was gone.

I wish there was more emphasis on the destruction of the world. More infected occurrences. More action, more intensity. If you are looking for something to fill your undead craving Z-Boat might quench it. I think Robb has promise and will be looking for more from her.

Get in the Z Boat!

I loved this book it is a zombie themed dystopian nightmare. The author has crafted a gritty used up Earth so vivid. That you can almost feel it on your skin!