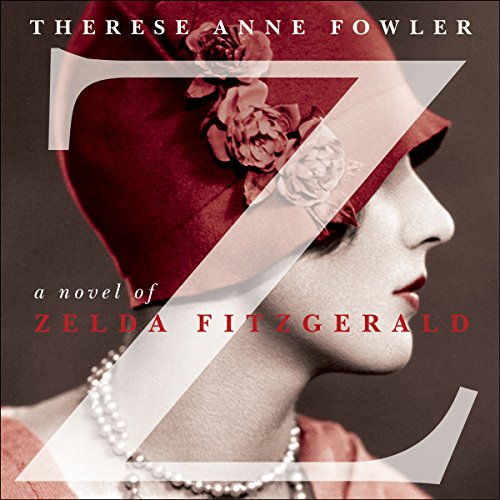 Z: A Novel of Zelda Fitzgerald

By: Therese Anne Fowler
Narrated by: Jenna Lamia
Try for £0.00

The New York Times best-selling novel of the woman dubbed 'The First Flapper' - Zelda Fitzgerald, wife and muse to F. Scott Fitzgerald. Set against the glamorous backdrop of the Roaring '20s, Z is the story of the golden couple who had it all but who weren't destined for a happy ending.

I wish I could tell everyone who thinks we're ruined...Look closer, and you'll see something extraordinary, mystifying, something real and true. We have never been what we seemed.

When beautiful, reckless Southern belle Zelda Sayre meets F. Scott Fitzgerald at a country club dance in 1918, she is 17 and he is a young army lieutenant. Before long, Zelda has fallen for him, even though Scott isn't wealthy or prominent or even a Southerner and keeps insisting, absurdly, that his writing will bring him both fortune and fame. When he sells his first novel, she optimistically boards a train to New York, to marry him and take the rest as it comes.

What comes, here at the dawn of the Jazz Age, is unimagined success and celebrity that will make Scott and Zelda legends in their own time. Each place they go becomes a playground: New York City, Long Island, Hollywood, Paris, and the French Riviera - where they join the endless party of the glamorous, sometimes doomed Lost Generation that includes Ernest Hemingway, Sara and Gerald Murphy, and Gertrude Stein.

Everything seems new and possible, but not even Jay Gatsby's parties go on forever. Who is Zelda, other than the wife of a famous - sometimes infamous - husband? With brilliant insight and imagination, Therese Anne Fowler brings us Zelda's irresistible story as she herself might have told it.

What listeners say about Z: A Novel of Zelda Fitzgerald

The narration was so perfect and captivating. I’ve only been using audible for a little while but this is the first audiobook to really make me look forward to going back. The story is so lovely and it really felt at times like I was listening to Zelda. The end did feel a little hurried and thrown together but it still made me cry haha. The author also became a little too obsessed with bad mouthing Hemingway though which just felt a bit weird at times but never lasted too long and was easily overlooked. The narration was very consistent and it was overall really enjoyable.