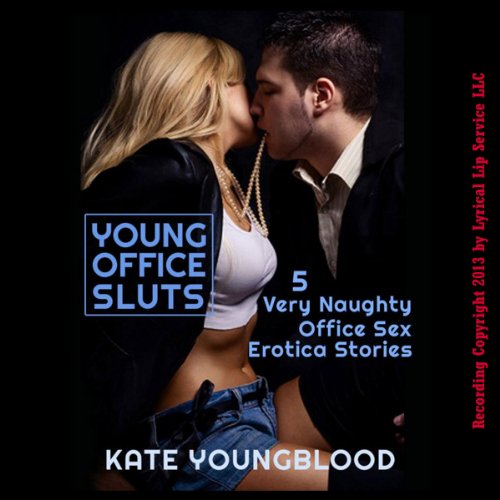 By: Kate Youngblood
Narrated by: Poetess Connie
Try for £0.00

3. "The Annual Bonus" (Double Teamed by My Boss and His Brother)

This is five stories, this is one story. Each story has the same plot, the same things happen in each. Each and every slut is surprised to lose her virgin butt. Even though they are sluts they have never done this before. It always hurts at first and then they love it. I have never understood the joy in getting a virgin.

My favorite was the last story, because the main character was kind of a bitch and she was getting punished. So, if you make the same mistake I did and you have bought this, make sure and try the last story.

I am going to have start being more careful in this category and if I don't hear something in the sample, then I am not wasting my money. Most of these sound good in the summary, but never pan out.

I would recommend Carl East, I have listened to Double Trouble and Mary Likes Them Young. These two seem to be the best and I liked Oh Professor by Lucy Pant.

Oh, and if your a young kid and you act like these guys, and force women, you will be arrested. Very, very, very few women like being forced.

Narrator had a rather young innocent voice for the content.