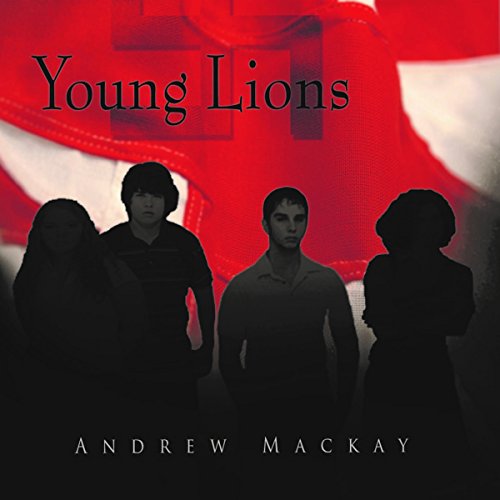 This is the story of two teenage British boys in a Britain occupied by the Germans, which is what might have happened if the Nazis had successfully carried out their plans to invade Britain under Operation Sea Lion in the 1940s.

Alan Mitchell and Sam Roberts study at St. John's Academy in the fictional Cambridgeshire market town of Hereward. Their Home Guard unit is defeated and the Schutzstaffel (S.S.) massacres the prisoners but the boys escape and return to German occupied Hereward.

They deal with challenges such as an older sister with an S.S. boyfriend, the British resistance, fascist collaborators, and the German occupiers. They decide to fight against the New Order, which results in murder and mayhem, chaos and carnage, culminating with the boys' assassination attempt against the puppet king Edward VIII.

Terrible, Do not buy!

Dreadful. Felt like I was listening to a story written on the back of a fag packet at the back of a bus on the way to the publisher. This was without doubt the worst book I have heard on Audible. The narrator too was terrible and it felt as if he was ready the script for the first time.

I lost track of the characters and honestly didn't care. there were no stakes for our Mary Sue Mason characters and no tension in the scenes with them. Honestly with as many people that these 2 characters killed all by themselves they could've liberated Britain in less time than it took to listen to this book. The reader also didn't help every character sounded the same which made it hard to keep track of who was doing anything.