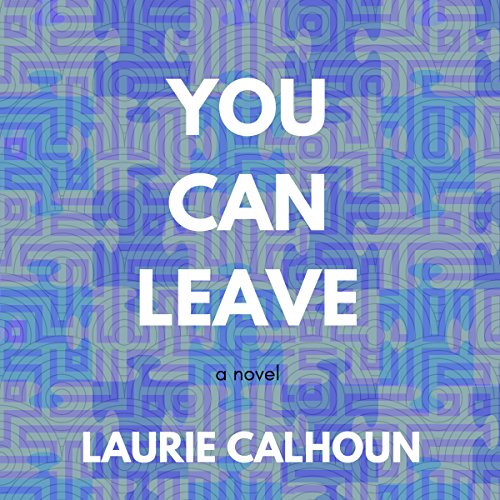 When is a suicide not a suicide? You Can Leave, a novel by Laurie Calhoun, portrays a dark, disturbing, dystopic world where dissenters are permanently silenced whenever perceived of as threats by ruthless sociopaths occupying the highest corridors of power. The narrator relays her experiences at the hands of “the new mob”, a coordinated network of operatives enlisted from all walks of life on a “need to know” basis to carry out what appear to be trivial tasks for enticing sums of money. Lost in the labyrinth of an insane bureaucracy run amok, the heroine charts her path to survival using the only available means: her capacity to think. But will that be taken away from her as well?

Where Franz Kafka meets George Orwell meets Jorge Luis Borges, the world of You Can Leave is fraught with paranoia and fear but illuminated by the light of pure reason. As the targeted protagonist uses logic alone to surmount hurdle after hurdle, she leaps in and out of the frame created for her by the author, thereby forcing the reader to confront an unsettling possibility: Could this be the world in which we currently live?