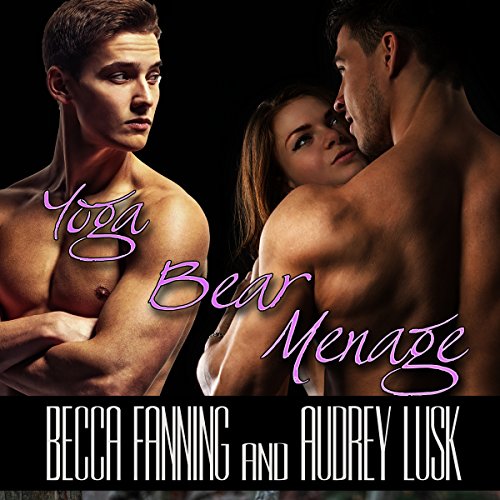 By: Becca Fanning
Narrated by: Audrey Lusk
Try for £0.00

On my hands and knees, I felt two hungry mouths kiss and lick me back there. Two eager Shifter studs, hungry for me....

I never claimed to be great at yoga. It's strenuous and demands complete concentration. That's not too easy when an Alpha Male Shifter stud is your yoga instructor. A bear Shifter! Each class I'd do the best that I could, despite my curves.

Those gorgeous golden eyes. That strong, compassionate voice. I couldn't stop thinking about him. Sometimes I was sure he was speaking only to me. I kind of had a thing for him, if I'm being honest. But then I realized his attentions were elsewhere. A thinner blonde elsewhere, with fake tits, if you know what I mean.

So I quit. I'm not proud of it, but there it is. I'd just put him and his yoga class out of my mind when he sent me a letter. Offering me a private lesson. I was so angry at his audacity that with the help of some very strong tequila, I marched over to his place to give him a piece of my mind.

Then his stunning Shifter friend answered the door. Oh...oh my.

Excellent narration. Loved her voice. The story was good. Quick and Sexy. Will listen to both narrator and author again.

Big girl falls for yoga (bear shifter) instructor. Big girl get discouraged with yoga class and gets drunk. Finds herself at the handsome sexy shifter instructor's house with his young house mate.. And wham bam.. A short "hook up" story of 2 shifter white males with big white female. Worth a credit??? flip a coin

Too Short but steamy.

Liked the story. A quick listen before bed. Still too short. Not sure on #2.