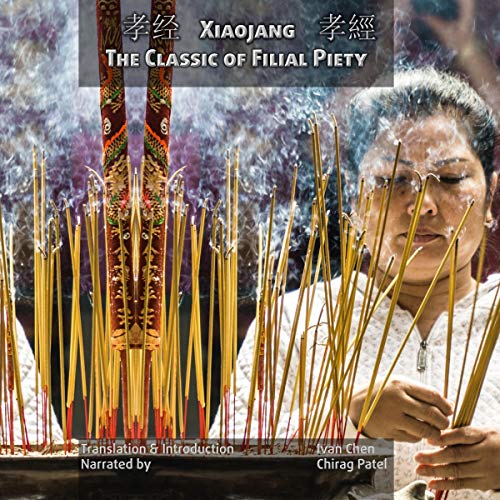 Xiaojing: The Classic of Filial Piety

For over 2,000 years, this books has been the foundation of Chinese family life.

Based on a series of conversations with Confucius, and supplemented by a series of story examples by an emperor in the 11th century, Xiaojang is essential to understanding the nature and order of Chinese society. It speaks of how one should behave toward a senior such as one’s parents, elder brother, or ruler and the obligations that follow in the opposite direction.

Written in 400 BCE, the Xiaojang is legendarily a dialogue between Confucius and Zeng Zi, a disciple who was well-known for his filial piety. Since that time, it has been an essential tool of Chinese civilization, often being the first book that Chinese children are given when they are able to read it.

For Confucius and his disciples, family life is the foundation and cornerstone of society, and recognizing the value and impact of family harmony - on both the local and greater environments - is crucial to stability and prosperity.

"We wish that there were more of them; they are dreamy, lifelike, and fascinating." (The Athenaeum)

"No translation of this important work has been made since the beginning of the eighteenth century." (Pall Mall Gazette)

"Worthy of close study by all who would penetrate to the depth of Eastern thought and feeling." (Manchester Courier)

"[S]hould not fail to please readers of the more studious sort." (The Scotsman)

"We commend these little books to all who imagine that there is no knowledge worth having outside Europe and America." (Bristol Mercury)

"Such books are valuable aids to the understanding of a far-off age and people, and have a great interest for the student of literature." (Field)

What listeners say about Xiaojing: The Classic of Filial Piety