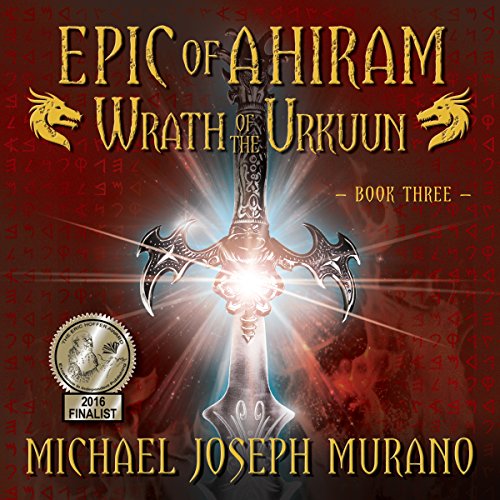 Better for the Urkuun to kill Ahiram than for him to open the Pit and destroy the world.

So thinks Sharr, High Priest of Baal. By releasing the Urkuun from the Spell World, the High Priest also unleashes the creature's implacable wrath on the unsuspecting Kingdom of Tanniin.

Ahiram discovered the sword of El-Windiir - the blade of legends - at the Games of the Mines. But freedom can sometimes be the harshest of masters and will soon demand that Ahiram confront his worst fears to win a battle he does not yet know how to fight.

His fate, and the fate of the kingdom, hinges on his ability to subdue his stormy rage, rely on the strength of his friends, and believe in the abiding love of Noraldeen.

What listeners say about Wrath of the Urkuun

I think this book was very well written, and read. It's exciting, mysterious, complex, and very well thought out. I'd recommend this to fantasy readers. I love the different characters, cultures and worlds that were brought to life in this epic. Definitely something I want to continue reading.