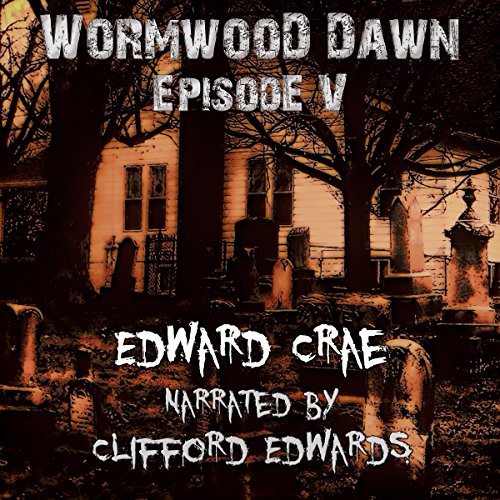 As Dan and Drew flee the chaos of the big city and head south, their road will take them to a small town with a horrifying secret. There, they encounter another survivor held prisoner by the townsfolk, and must fight their way out. Along the way, a shocking truth is revealed, leading them to believe that the mutant horrors were only the beginning. Those who perished in the initial infection begin to rise from the dead. New creatures are among them that are even more terrifying than before. Their new companion, an ex-military specialist, leads them to a nearby camp where a small group of survivors have gathered for mutual safety. But is it as safe as its residents believe? Will the two of them fit in?

Drew and Dan are screwed!!!

The poor boys!!! As if life isn't bad enough, Dan and Drew have to deal with things getting worse.... the dead rising, things evolving and even worse, a crazy controlling woman. That's all I'm going to say about the plot because it's too easy to spoil!!

The lovable duo are back, and as screwed up as always! The poor boys never seem to catch a break. I honestly don't know how they are still alive!! ;) I have to say, for two men who love drink and drugs, you can't help but love them both. They just make you want to root for them! They are the reason I enjoy this serial series so much.

This edition is again, action packed and entertaining. There are some surprises in store and things are really hotting up. The boys meet up with some new characters and I hope we get to see more of some of them in future books!! I still can't see where the author is taking the story, which is a great thing, as I'm always left eager to see what happens next!

Clifford Edwards has upped his game with this one too. He had a great range of tones and voices for the characters and he really does a great job of bringing both Dan and Drew to life. I'm so glad that he has grown as a narrator and look forward to more from him.

*This was given to me as a gift. This in no way affected nor influenced my thoughts.*

A full cast of characters

Clifford Edwards does an awesome job with this, there was a full cast of characters that he narrates in a different way. Each new character has a new and distinct voice and it honestly sounds like the book was narrated by a full cast of narrators, but it's just done by one guy.

Episode V is another hit within this series, Edwards narration really helps introduce these new characters (which there are a lot of). Dan and Drew are still around and as effed up as ever, but they now meet new people along the way. They are also figuring out that things are ever changing and they have to worry about more than just the shamblers.

I've read the other 4 books in this series, and each book gives something new to it. This one gives more people with some new characters and new "bad guys" to be worried about. The change allows both Dan and Drew to grow as characters and the readers will be rewarded with each character being a little deeper and a little more understood.

As with all of the other Wormwood Dawn books they are full of filth and gore and cursing and they are a blast to read.

If Shawn/Edward and Clifford are reading this -- keep the audiobooks coming! I love Dan and Drew (and the way Edwards narrates them).

I received a copy of this audiobook for free. This has not affected my review in any way, shape, or form.

If you enjoyed this review, please vote for it! If you'd like to see more like it, you can check out BriansBookBlog DOT com.

Another installment from our favorite end of the world friend Edward Crae.Not quite as good as the previous ones,but good.Dan and Drew encounter some strange new things,meet new people,some who don't want them dead and find a home.The tease at the end makes me hope for more.Clifford Edwards is an excellent narrator.I was given this book free by the author,narrator or publisher.

I really enjoy this insane post-apocalyptic series and this was long time in coming. I love the characters of Dan and Drew as they are still drinking, doing drugs, they are crazy and very humorous. There are new creepy creatures and zombies in this book. Only complaint it is too short and left me wondering are they going to stay as they destroyed their own Hummer or take off in something else. Narration was great as you can tell which character is talking. I was given this book for review by narrator, THANK YOU when is book 6 coming to audible??

the author is a wordsmith. the storyline draws you in.

DAN AND DREW ARE AT IT AGAIN!!!

Dan and Drew meet a new group, and as always there is a problem, also the zombie creatures are changing...and the uninfected are getting more dangerous as always...you just cant trust anyone...But Dan may be moving into more of a leadership roll with these new people they have met up with...this may be a good thing for him and Drew...cant wait for the next installment...I hope it comes out soon!!

I can't wait for the next book!

Would you listen to Wormwood Dawn, Episode V again? Why?

Maybe. I generally don't listen to books more than once, but I'm thinking about listening to this whole series over again. I love it

Another great addition to the series. Entertaining, engaging and very enjoyable. Another intense, non-stop and sometimes humorous addition. The story once again pulls you in immediately and keeps you listening until the last word. The whole series has been the same way. It's addicting. Each installment just continues to build on an already great story. I would definitely recommend the series to anyone who likes this genre of books. Looking forward to the installment.

It's a day by day, minute by minute survival situation for Dan and Drew. Just when they think things might be okay for a minute or two everything goes sideways again. Sideways in a big way. They manage by the skin of their teeth to escape (literally) one situation to almost immediately find themselves in another one. They just can't seem to catch a break.

Clifford Edwards does a fantastic job with the narration once again. Nice voice. Clearly spoken. His narration flows smoothly with a nice even pace. A wide range of great character voices. It's always easy to tell which character is speaking. He brings each and every character as well as the story to life through his narration. Very enjoyable.

This free review copy audiobook was provided by the author, narrator or publisher.

Such an Entertaining Series -Love it!

Wormwood Dawn: Episode V was an excellent listen. Firstly, the plot thickens as the boys make their way out of the city. There are a few roadblocks on their trip. Some new characters appear but who can they trust? Definitely not Melanie who suddenly decides she's in charge of certain supplies. Dan and Drew need these supplies. It's what makes them likeable, human, and flawed characters. Anyone would need those supples that lived in this particular apocalyptic world.

I love the style of Edward Crae's writing. He stands out from others in this genre. It's in the visuality of the world he's built. I think he really touches the senses as it makes the listener feel as if you're right there with them. Along with that, the main characters are identifiable and even the new characters are well-rounded and believable.

Clifford Edward's narration puts this audiobook over the top amazing. The tone of his voice is rich and his inflections are perfect. I could listen to him all day. Love his voice and he's brilliant in this series. Definitely recommended.

I received this audiobook in exchange for my unbiased review.

If you could sum up Wormwood Dawn, Episode V in three words, what would they be?

What was one of the most memorable moments of Wormwood Dawn, Episode V?

Dead Twister!!! that for sure was one of the most memorable moments!!!

Have you listened to any of Clifford Edwards’s other performances before? How does this one compare?

Yes, he did awesome in all the performances i have heard.