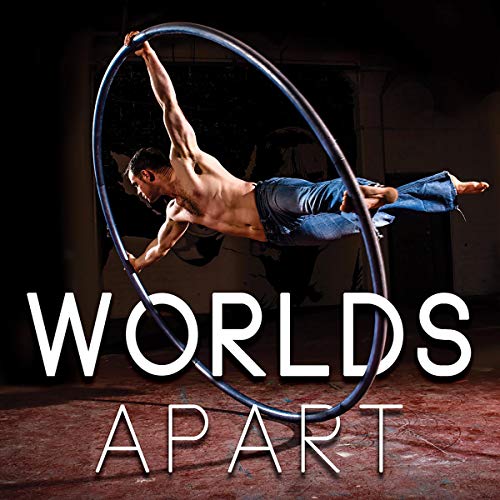 Worlds Apart: An Alternative Journey to Becoming a Modern Man

Worlds Apart: An Alternative Journey to Becoming a Modern Man

"Ronan is emblematic of how Ireland has changed." (Panti Bliss)

At just under six foot in his socks and weighing in at 14 stone, Ronan Brady is a solid slab of rarest Roscommon meat. He has a natural tendency to throw himself about - some would say recklessly, others would say enthusiastically - into whatever he sets himself to. Ronan had a "normal" childhood in Roscommon and knew by the time he was a teenager that when he grew up he wanted to play football for his county and become a teacher. Ronan had achieved his life ambition when he took up "flying" as a hobby. A hobby that transformed his life and took him to heights he never dreamed of, performing in the smash hit show Riot alongside Panti Bliss, and going on to tour the world. Worlds Apart is an open, humorous account of Ronan’s life journey.

What listeners say about Worlds Apart: An Alternative Journey to Becoming a Modern Man

A specific narrative that is universally relatable

Wasn't sure what to expect when starting Ronan's book Worlds Apart. I chose to listen because I'm a circus performer... Yes I loved it!! Firstly, because Ronan discusses a journey which is quite similar to my own and I could relate with his joy for aerial and the challenges of this career choice. However, what I hadn't expected was the relatability beyond this. He discusses frankly and honestly so many topics; rural living, pressures to confirm, dealing with family relationships, challenges facing artistic communities, the battle with our own decisions. I really think anyone from any background could listen to this and find it relatable, accessible and entertaining. Many sections had me Laughing out loud. I hope others enjoy this as much as I did! Hugely well done Ronan

They say if you want to fly you must first give up everything that weighs you down. Worlds Apart is a remarkable account of Ronan Brady's journey to becoming a very modern Irish man. It's frank, brutally honest and humorous along the way. I'd already read this book and purchased the Audible recording so I could hear the story narrated by Ronan in his distinctive soft Roscommon accent. Ronan set out to fly and I expect he'll soar to even greater heights in the future.

First off, I love that the Autor narrated the audio version. I wish more authors would do this. It helped make a real connection to the author and the story he wants to tell. I laughed out loud and welled up in spots. But the author took me on his journey of challenging his own limited viewpoints and it forced me to consider my own. Great book. Happily recommend it!

He casts an honest eye over rural Ireland

I've known Ronan most of my life, playing on those same football teams. He was always a great story teller and this does not dissapoint. His honest assessment of the boy he was and the man he has become is a testament to where he has fought to be in this world. Good on yeah Brady. I look forward to the sequal.

I feel like I know Ronan really well now. A well executed and humorous account of his unusual journey into the arts. Great stuff.