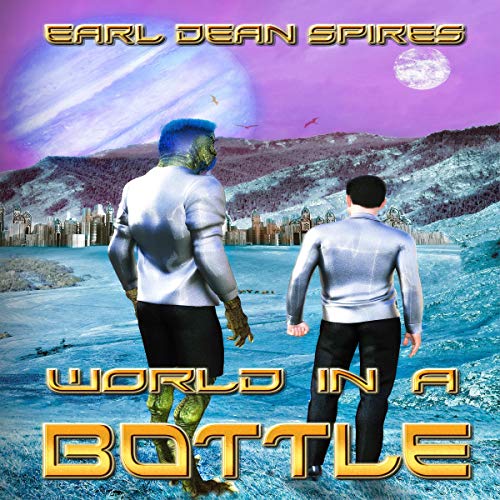 World in a Bottle

World in a Bottle

With a blinding flash of light, two time machines from different universes collide, and a doorway is opened. In an instant Alan Trinlin finds himself transported from 1972 Earth to the small pocket universe of the Droxlens where time and space have unique properties. Fleeing from the wreckage of the alien time machine he discovers that he is being hunted by an unknown assassin who believes his murder can improve the timeline. Struggling with the high gravity and dense air of his new home he is desperate to find a safe place to rest.

Fortunately, he is not the only human that has been trapped in this world. Alexavier Pittman finds him and guides him to the cave he has called home for nearly 20 years. Once there Alan is taught to use the many tears in spacetime to travel to distant locations in other epochs of time. He is also introduced to the Droxlen people, a peaceful race that has almost gone extinct, and they have a secret.

When Alan discovers what destroyed the alien civilization he must decide if his own life is worth more than a world full of strange aliens that never existed or if he should allow the assassin to succeed and re-write the future of the Droxlen people.

What listeners say about World in a Bottle

This is a well written and well-thought-out book. As the plot continues to unfold it really grabs your attention.