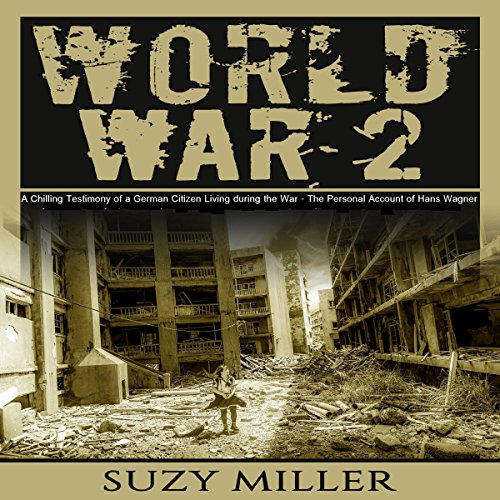 World War 2: A Chilling Testimony of a German Citizen Living During the War - The Personal Account of Hans Wagner

World War 2: A Chilling Testimony of a German Citizen Living During the War - The Personal Account of Hans Wagner

This book will take you back so that you can see the Holocaust through the eyes of a German in World War 2. You'll learn about what growing up in Germany was like during the period of the Holocaust and World War 2 - a period of nationalism and loyalty to the state, where German citizens perceived themselves as superior and were against the Jews in every possible way. You will find out about:

Making amends: The Holocaust changed the lives of many, most especially the Jews. It also affected the life of Hans Wagner forever. This book is the account of what he experienced during the Holocaust and World War 2. It will touch on his views of what happened when he was a boy growing up in a German home. The concentration camps, Adolf Hitler, and the Jews are all described from his point of view. This is an account of his most important memories. For years, he has tried to come to terms with what his people did to the Jewish people. It is through his words that you can find understanding of what was happening, and what it takes to atone for the events. This is a brave account from a German citizen who simply wants to share his truth. Download your copy today!
©2015 Suzy Miller (P)2017 Suzy Miller

The is an interesting book which illustrates the human weaknesses in the face of evil and the need to protect ones family. The Nazi experience shows how many fell to participation of some of the worst of evil, some pretended that it wasn't happening (often to protect themselves and their families), some stood up to face the evil at the peril of their own lives. People like Bonnhoffer and Helmuth Hubener shine the light on the best of human character. I would like to think I would be like them, but this story shows what many of us would choose when looking into the face of pure evil