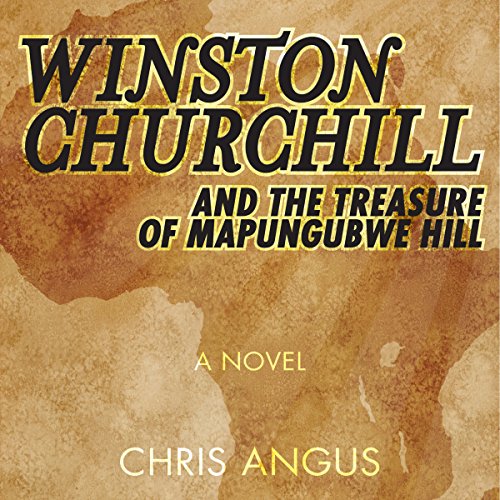 Winston Churchill and the Treasure of Mapungubwe Hill

By: Chris Angus
Narrated by: Peter Wickham
Try for £0.00

Only the past can save the future for Winston Churchill, and it’s a past with many secrets.There is vast treasure hidden in an almost impregnable Central African fortress surrounded by cliffs. The mountain is a honeycomb of ancient tombs and palaces, as well as the ancient burial place of a Nubian queen mysteriously wedded to a Roman. Young Winston Churchill, a prisoner during the Boer War, is offered a secret deal for freedom by Britain’s enemy Louis Botha: with Botha’s agent, Zeila, Winston must seek out and protect the greatest secret of the dark continent, a fabulous Nubian treasure known only as Mapungubwe Hill.

But a rogue member of the British royal family, Lord Sterne, is also after the treasure. Can Winston and the lovely Zeila both survive being entombed? And will their relationship go further than their mission?

Decades later, in the middle of a raging World War II, Winston’s special agent Martin Rand struggles to unlock Mapungubwe’s secrets again before German forces, lead by Nazi-sympathizer Lord Sterne, can overwhelm and capture it. Will Winston prevail over the Nazis, or will the Nubian warriors take matters into their own hands? And will Winston’s secret tryst with Zeila come back to ruin everything?