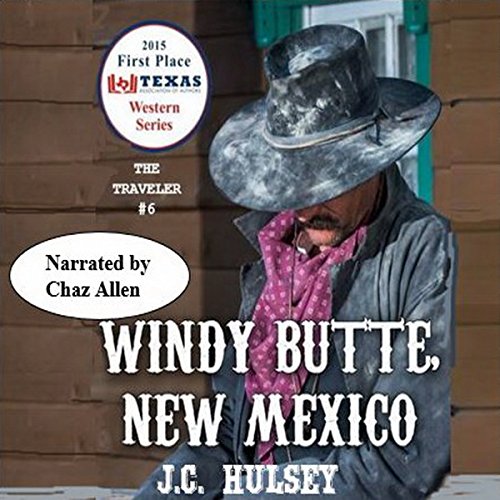 While visiting with my aunt and uncle in Itching Tree, Idaho, I received a telegram.

A double bolt of lightning zigzagged and streaked across the sky bringing right behind it the rumble of distant thunder. It looked as though it was going to be a gully washer.

I pushed my leather hat back off my forehead and opened the telegram.

It was from Mayor Madison of Windy Butte, New Mexico. I had taken care of a problem they had when we passed through there on our way to Velvet Sky, Arizona. It seemed they had a similar situation now. The new sheriff they hired was causing all kinds of grief and trouble. He had taken over the town and was demanding that everyone do exactly as he said, or else. He hadn't killed anyone yet, but the mayor felt it was just a matter of time before he did.

This was the kind of mission I felt God had ordained me to do. Alleviate trouble where and whenever needed.

I also needed to see if the mayor had lived up to his promise to allow his young daughter, Melody, to have more freedom in her life.

I stuffed the telegram in my shirt pocket and stepped indoors to tell my friends of our new journey, just as the rain started pouring down.