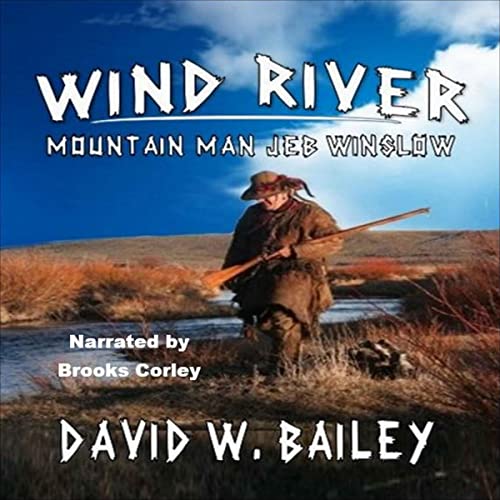 Wind River, is a tale of the Sioux uprising along the Big Wind River, and in the Wind River Valley, the Indians call, "Valley of the Warm Winds". The Wind River is in the territory of Wyoming, and this story is a fictional tale from the year of 1868. The main character, Jeb Winslow is thrust into the survival against the Sioux, Cheyenne, Arapaho, Pawnee, and Ute Indians. He is a mountain man who was attacked with two of his friends, both were killed, and he was only wounded but, played dead. The Sioux stole their furs, beaver pelts, horses, and a mule, leaving him for dead.

He was later picked up by a supply train from Fort Bridger to Camp Nelson, where he later became a scout for the Army. He was, therefore, looking for pay back for his friend’s death at the hands of the Sioux. Revenge, if you will.

This fictional story is set against the back drop of the Big Wind River, and the Wind River Valley. Jeb’s exploits, and his endeavor to survive this tumultuous era in American history, is fanciful at best. Though the story ends without any reconciliation between the Indian and the US Army, it still becomes clear of the dangers, hazards of the life in Wyoming in 1868, and beyond.

A quick fast paced thrilling story set in the old west that captivates from start to finish. The world building and narration by Brooks Corley are on point. This is my first read from this author and I was sucked in from the start...I look forward to more from this author.

This was a short western. It was good to listen to. I like Brooks Corley narrating western books.

A Classic Wild West Story in the Making

This story outlines a fascinating time in history of the fierce and deadly rivalry between Indians and whites using the fictional character Jeb who barely survives a bloody attack from the Sioux tribe which kills two of his friends.

There are plenty of bloody battles that occur. The female characters play a pivotal role as they fear for their husbands lives. There is plenty of clashing of big heads between soldiers of the time, specially as they enjoy whisky. This is everything you would want from a wild west drama.

The story was suspenseful, enjoyable and hard to put down.