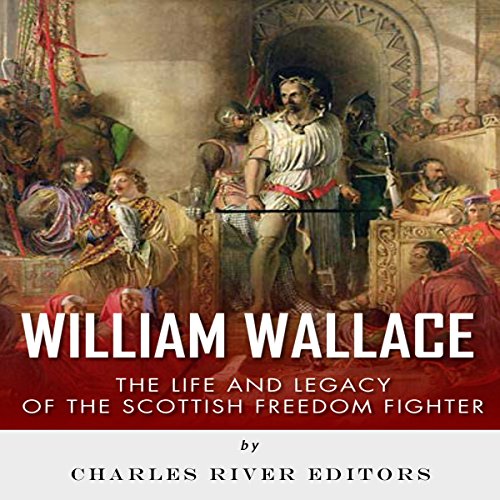 William Wallace: The Life and Legacy of the Scottish Freedom Fighter

"A false usurper sinks in every foe and liberty returns with every blow." (Blind Harry)

William Wallace is one of the most famous freedom fighters in history. Over 700 years after his death he is still remembered as Scotland's beloved hero. But while the movie Braveheart helped make him a household name, and he is commemorated across Scotland as a natural leader and a loyal son of his homeland, he is also "the most mysterious of the leaders of the Scottish resistance to Edward I". This is because, paradoxically, the very famous soldier is also one of the least well known. In fact, the mystery surrounding Wallace is figuring out precisely, or even vaguely, who he was. Where did this champion of Scottish independence come from? Who were his family members? What did he do before emerging from obscurity with the brutal murder of William Heselrig, the English sheriff of Lanark, in May 1297? So little evidence on Wallace's life exists that answering even the most basic questions about him can be a challenge.

That said, as one scholar perceptively notes, "the facts are not the reason why he is remembered as a meaningful historical actor". For the admirers Wallace has accumulated over the centuries, the idealized version of what he stood for - weak over strong, justice over injustice, the will of the people over the might of the powerful - is infinitely more important than the historical man himself. Similarly, his English detractors have also focused on image over substance through the years, depicting Wallace as a heartless brute, a cruel traitor, and a blood-hungry outlaw.

What listeners say about William Wallace: The Life and Legacy of the Scottish Freedom Fighter

Surely the narrator ought to research how place names are pronounced before starting? I am Scottish and I had to stop playback so that I could work out what the garbled word meant. Nevertheless the content is amazing.

I love Scottish history and even though I have read a number books about William Wallace, I looked forward to this audio. Sadly, listening an American accent telling me about Scottish history, just seems wrong, especially when the pronunciation of place names and people is so bad. This is more a fault of the Producers than the narrator. Very disappointed

very dry book. I would not recommend unless you really need or want to learn the history. lot of dates and events with much of a story.

not much that isnt known

this book is a very minor glimpse into things not already bested by previous variations of media. it was informational but its lack of embellishment of his life or battles makes this very mundane.

This is a factual story of William Wallace of whom there is limited evidence. I liked it but it left me wanting more.

although the narrator is a bit dry the work is historically accurate and certainly fills in many blanks for those of us who got to know William Wallace through the movie. while I would not describe this as enjoyable or entertaining I would say that it is incredibly informative.

the presentation was a little dry. I thought the transition between chapters could have flowed better

The truth is that there is not a lot of history on William Wallace. This short book gives a detailed understanding of what we know about him and what he was. Do not go in expecting a Mel Gibson type of hero or a Braveheart kind of story