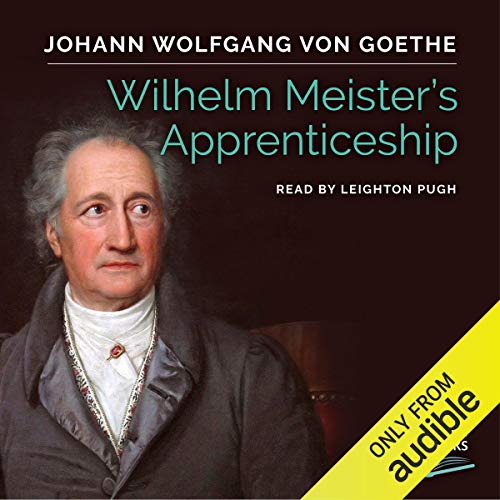 Wilhelm Meister’s Apprenticeship - Wilhelm Meisters Lehrjahre was the original German title - was Goethe’s second novel, published 1795-6, almost two decades after The Sorrows of Young Werther. It again focuses on a young man but this time on his growing understanding and maturity as he makes his way in the world. As such, it is regarded as the founding work in the ‘coming of age’ genre: the ‘bildungsroman’ ( a term actually coined some 30 years later), which characterised a philosophical novel tracing the cultural, emotional and educational development of an individual from youth to adulthood.

Disdaining to follow his father’s advice to pursue a bourgeois life in business and disappointed in love, Wilhelm Meister searches for a more fulfilling path - and is initially drawn to the arts.

He becomes involved in a theatre troupe, the works of Shakespeare and specifically Hamlet beckon. But his artistic life is interrupted when mundane brutality in the form of an attack by bandits intrudes. Wilhelm, despite being wounded, survives the encounter, which leads him to another level of understanding, and his personal journey to maturity continues.

The novel was hugely influential throughout the 19th century and beyond and remains a key work in classic European literature. Thomas Carlyle’s admired but slightly archaic translation has been lightly revised for this recording which features a sensitive reading by Leighton Pugh.