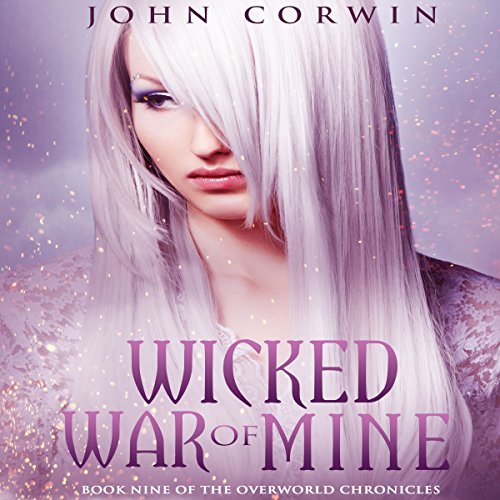 Wicked War of Mine

By: John Corwin
Narrated by: Austin Rising
Try for £0.00

Daelissa's attack on Queens Gate dealt Justin and the resistance a serious blow. The loss of his home and one of their strongest allies seems to mean certain defeat.

Justin isn't about to give up. He embarks on a mission to bring the houses of Daemos to his side and seeks help from Fjoeruss, Mr. Gray himself, even if the odds of success are slim.

As if the pressure isn't already high enough, Justin discovers something even more troubling. Daelissa is already in Seraphina. One silver lining remains: Justin might be able to end the war in one blow if his forces can disable the Grand Nexus before she returns with a Seraphim army.

If the good guys can't shut down the Grand Nexus in time, Daelissa will unleash a can of whoop-ass on Eden the likes of which has never been seen.

What listeners say about Wicked War of Mine

This book was the best one out of the series so far. It had a twist that i did not expect to happen.

Each book draws you further into the world Mr. Corwin has created. I love this series and I can't wait to get on to the nnextbook. Outstanding storyline, superb narration and a cast of characters you will love to love or love to hate as the mood takes you.