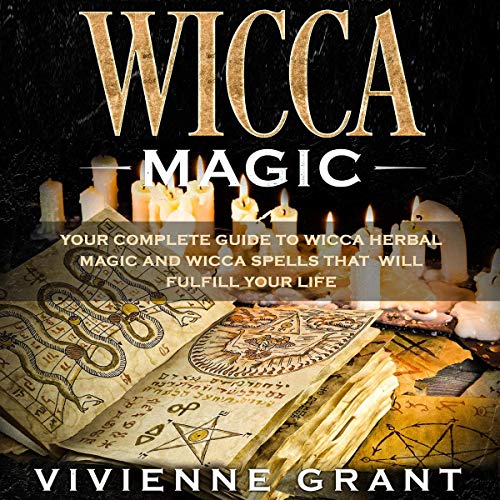 By: Vivienne Grant
Narrated by: Roseann Haines
Try for £0.00

Wicca is referred to by many as the “old religion”. Much of modern television and books draw inspiration from the witch trials of the 13th century, but in truth, the Wiccan religion is not really that old. Although it is believed that the rituals and practices were hidden from the Christian Church during the dark ages, in which the life of a pagan would most certainly end in death, it was safe enough to surface in more modern times.This belief is what originally drew most to the religion and practices of Wicca.

To become a Wiccan, one must be able to put themselves in the boots of those before them. To truly understand the laws, beliefs, and traditions that come with the life of a Wiccan, you must have the knowledge of all of its origins.

The most important thing in a Wiccan’s pursuit for a deeper connection and better understanding of nature - and all its divine mystery - is the willingness to learn about the history behind that need. The Wiccan religion is truly the only one of its kind. It is magical in its own way as it allows each of its followers the freedom to seek out the natural magic of the earth and the magic within themselves in their own way.

Here is what you'll learn from this book:

What listeners say about Wicca Magic