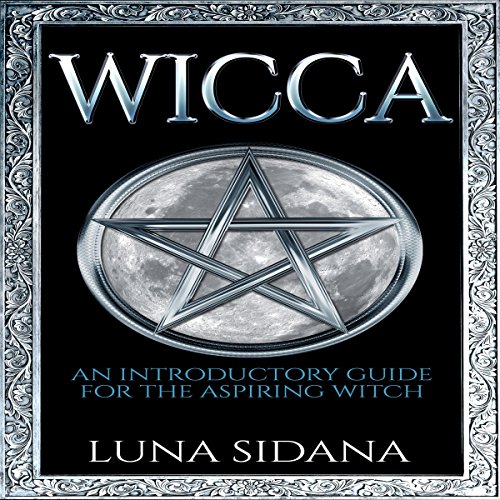 Wicca: An Introductory Guide for the Aspiring Witch

Wicca: An Introductory Guide for the Aspiring Witch

Explore the beauty and wisdom of the Wiccan path.

Within this human experience, many of us sense that we are constituents of something much greater, of something infinite. Many of us have the notion of being an individual pixel of awareness within the cosmic image of existence. It is the Witch who knows that every pixel is of equal value, as each contributes to the composition and clarity of the whole picture.

It is the Witch who recognizes divine consciousness in all life, and treats all beings as such. And, it is the Witch who dedicates his or her life to divinity's evolution by way of honoring the self, seeking wisdom, revering nature, and by directing energy in accordance with Universal Law (practicing magick). Simply stated, Wicca is a modern religion of the Witch.

As a Neo-Pagan religion, Wicca adapts age-old beliefs to a modern world. It is a patchwork religion, in which one man stitched together several belief systems that had a common thread. Metaphysical understanding is what underlies all the elements composing Wicca. There are influences from Witchcraft, ceremonial magic, Freemasonry, Thelema, etc.

Wicca's permissive nature allows individuals to freely build on its foundation. It is accepting and accommodating to all who respect it. In the face of conventional dogmatic religious structures, Wicca is a release from the shackles of spiritual oppression. It provides a nurturing environment for a soul to relearn how to spread its wings.

During the course of this book you will learn about:

I never been amazed by any audiobook before.

Would you consider the audio edition of Wicca: An Introductory Guide for the Aspiring Witch to be better than the print version?

I have never been amazed by any audiobook before. I'd rather listen to this audiobook than reading books that may waste your time.

The voice of the narrator is an awesome and good thing to have this audiobook indeed!

I gave this audiobook for my best friend.

I gave this audiobook for my best friend. We were planning to research about Wicca and this audiobook told us what to d. Witches are awesome for me and this book satisfied both of us.

I always want to be a witch someday.

I used this audiobook for my presentation.

I used this audiobook for my presentation in school. We all know that Wicca is a great religion of beliefs about witchcrafts and witches. This audiobook told everything we need to know.

I and my friends are trying to be witch.

I and my friends are trying to be a witch. So we decided to research about Wicca and witches. This audiobook is very helpful for my friends and me.

I love listening on this audiobook!

I personally am not a believer of wicca and magic spells. I like that the audiobook gave simple and entertaining discussions for beginners like me. It is good and will somehow get you interested in it. I love listening on this audiobook!

I will surely recommend this audiobook!

This audiobook is the perfect suit for everyone who wants to learn more about wicca. The book tells the concepts in an easy way that allows the listeners to comprehend. Definitely reccomend to everyone interested in learning more about this subject but don't know where to begin.

Awesome audibook indeed! I've learned a lot from this audiobook. And now, I was able to understand what Wicca really means.

We all curious about Wicca.

We all curious about Wicca, I've looked in the internet about it but all I got is a waste. Good thing I was able to see this audibook and I am very happy that I get a chance to know more Wicca.

This audiobook tells the truth!

In my country, I did not hear anything about Wicca and how it started. When I first heard about Wicca, it is all about worshipping devils around us so that we can get what we want but as I understand their history, it talks about Witchcraft. Magic spells can be used as a good one or a bad one, it depends on how you are going to use this power of yours. You can also remove the spell if you want just follow what is needed to be brought