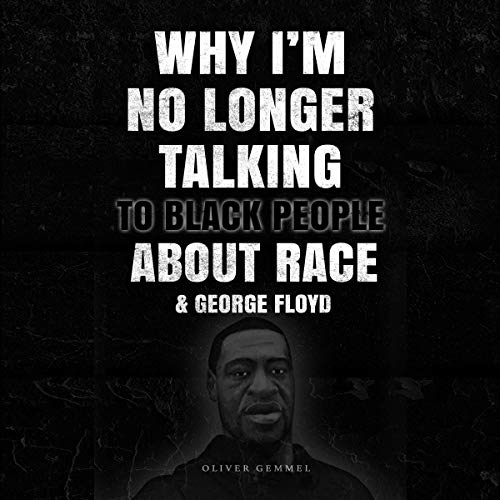 The black-and-white truth about racism.

An honest and no "BS" perspective on everything from George Floyd, Black Lives Matter, Trump, black and white supremacy, the N-word, and everything in between. Oliver Gemmel's refreshing and objective perspective challenges the preconceived ideas that the vast majority of people have been coerced into believing by the guileful media.

The audiobook is in many ways a response to Reni Eddo-Lodge's critically acclaimed best seller Why I'm No Longer Talking to White People About Race; however, it focuses primarily on present-day race issues in America. Gemmel also explains how Black America have been involuntary brainwashed into the "Oppression complex", forever enslaving themselves and further extending the divide between Black and White.

Oliver Gemmel is blunt and straight to the point with his arguments and is one of the very few authors who does not write from a left or right political viewpoint. If you don't like your views being challenged by logic and reason, then this audiobook is not for you. This is, in every respect, the Black and White truth about racism in America.

“In other words they bring up the past and history to support their view in today’s world; so it’s a vicious cycle of backing up today’s issues with evidence from the past. It almost becomes a self fulfilling prophecy.”

This is a thin polemic with hearsay offered in place of evidence. It might get a B grade at AS level but should not be out there as a contribution to a real and sensitive debate.

The writer points out the sad truth that a culture of fatherless families results in disfunction and poverty.