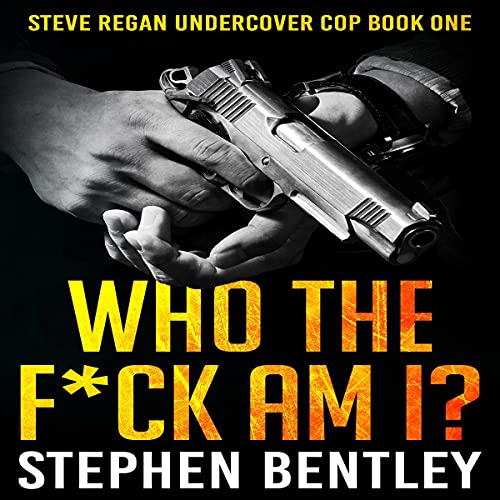 In this original book one of the series (now book two), Steve Regan goes deep undercover. He starts to have problems separating reality from fiction.

Working as an undercover cop, he operates in a world of duplicity. To stay alive, he often thinks: How do I know people are who they say they are? Tempted by the riches of drug smuggling so he can help a loved one, Regan wonders whether he can go "rogue" and cross the line.

Regan infiltrates a South American cartel headed up by a Miami-based, mob-connected drug lord and getting involved in a million-dollar cocaine deal escalates the dangers of working undercover. On his return to the United Kingdom from Miami, Regan discovers a plot to kill a leading barrister. Is this linked to the mob and drug cartel?

Faced with a race against time through London to prevent the barrister’s murder, Regan is confronted by more questions and threats to his life. Just how far will the mob go to protect its interests? You will be shocked to discover the measures these gangsters will use to stay free and out of jail. Inspired by the author’s real-life undercover days and best-selling memoir, this crime fiction story brings to life Steve Regan, a laid-back badass British undercover cop in the Steve Regan Undercover Cop Thriller series.

The title of the book is a nod to identity confusion often experienced by cops who are deep undercover. Regan’s early years and first undercover thriller can be found in the prequel The Secret.

What listeners say about Who the F--k Am I?