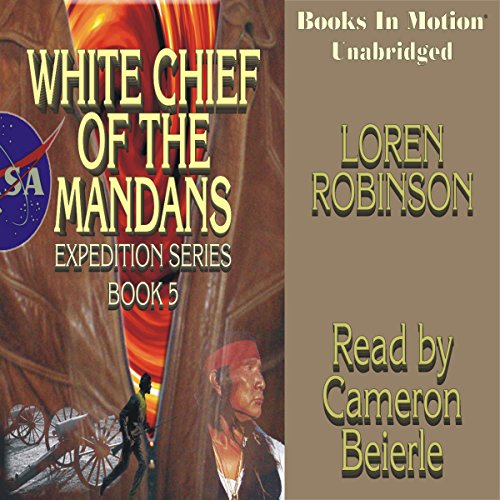 White Chief of the Mandans

White Chief of the Mandans

In 2007, Astronaut Commander James Parker was lost in space. In 2009, a metal box was found with a diary by Parker living in St. Louis in 1807. In 2070, with the discovery of time travel, Astronaut Brian Harmon was sent back in time to find out what happened to Parker. His search has twists and turns, a gun fight with outlaws, wound at Bull Run in the Civil War, serving as a cavalry officer in the west, battle with Indians, and working on a Texas cattle ranch where he finds love. Still, his search for Parker continues, finding clues at cavalry forts. Then he has to make a choice. Stay in this time with the girl he loves, or return to his home in the time period he had left.
©2008 Loren Robinson (P)2008 Books In Motion

What made the experience of listening to White Chief of the Mandans the most enjoyable?

I really enjoyed the series and I hope he continues them.

The character development wasn't bad but the historical details did not ring true.

Would you be willing to try another book from Loren Robinson? Why or why not?

Doubtful. I'd be very cautious..