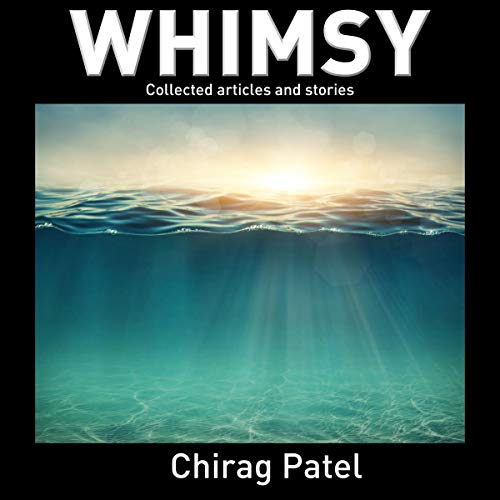 A collection of comic articles, collecting humorous travelogues as a Brit wanders the wilds of Africa and Asia. Includes:

What listeners say about Whimsy: Collected Articles and Stories

Perhaps at 62 I am to old to listen to the voice of a 20 something. I have visited many of the locations mentioned and struggle to recollect what the author has tried to convey. I expect a 15 year old on a school organised holiday to produce this level of insight both of locations and people. It completely lacked humour. The narrator, also author, maintained a condescending delivery throughout. The premise is excellent but execution and delivery dire.

This is a collection of short stories that are humorous and fun to listen to. Another reviewer said the narrator/author came across as having a "condescending delivery throughout" but I didn't find this so. I really enjoyed listening to the various stories. Nothing of deepness in thought or anything just some fun short stories to give the listener some comic relief in their day. I'm sure this won't be for everyone but I enjoyed each one. The narration was well done. The various characters (those who had a speaking part) were given their own voices. Overall, an entertaining listen.