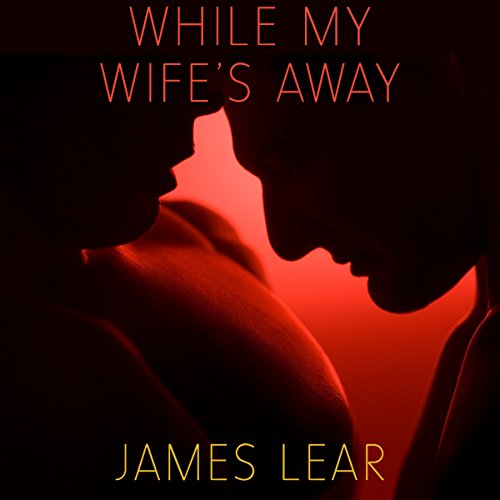 While My Wife's Away

By: James Lear
Narrated by: Campy

To all appearances, Joe Heath is a typical straight married man, living with his wife and two teenage children, commuting to work, playing sports, enjoying a beer.... But there are things about Joe that his friends don’t know. For one thing, his relationship with his wife has deteriorated to the point that they’re sleeping in separate bedrooms, only staying together until the kids have left home. And there’s something else: for the last few years, Joe has wanted to have sex with another man.

While My Wife’s Away is hot, but it’s also an odyssey of self-discovery as Joe tests the limits of his new freedom. Can he survive in a world of instant sexual gratification? And will he ever find someone to love?

What listeners say about While My Wife's Away

I really like James Lear as an author, he is not a terribly taxing read and often his work is filled with eroticism.
The narrator for this book is a North American reading a novel set in England, he uses American English to describe British things, e.g. College instead of University. This may sound petty, but the conversion of language is inconsistent. There were also mis-pronounciations.
This was my 1st experience with any form of audiobook and I have not been able to get past the 3rd chapter. I will however try another Audible title.

The story is really hot - lots of different scenarios.. The main character is discovering his sexuality, and it's nice not to have a character struggle with the self-loathing. However, the narration is horrible. Lots of pauses, hesitations, and just a bad mismatch. The book is written from the perspective of an English middle aged men, but the narration is definitely American. Every time he says the word "arse", I wanted to cringe.

Could you see While My Wife's Away being made into a movie or a TV series? Who should the stars be?

John Hamm or Patrick Warburton would be naturals.

Still love the author, but this really needs a new narrator.

The performance of this is average- a little awkward and a bit too fast, I had to slow the speed down to make it sound natural. I wish Teddy Hamilton could have read this!

Story is well paced and all of the requisite “steamy” scenes deliver.

I’ve read other reviews that claim that this is Lear’s worst work, but it’s the first of his that I’ve read and it’s better than a lot of stuff out there.

People complain about the ending and on the first listen I was confused, but I was falling asleep as I was listening. I re-listened the next day and understood what James Lear was trying to accomplish.

Worth a credit but sample the narration first to see if the performance bothers you.