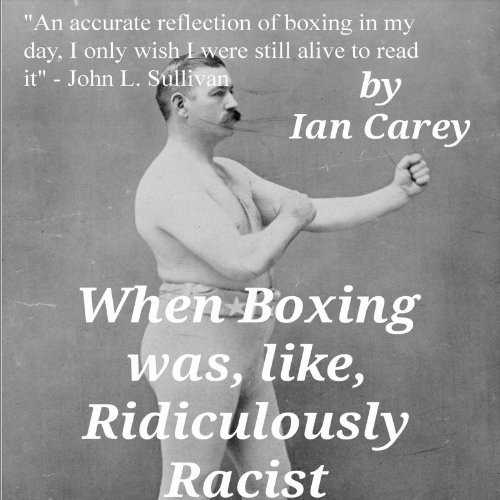 This is the story of the lineage of Boxing's World Heavyweight Championship from 1882-1915 and how it explains a cultural attitude toward race and identity in that era.

The first true national and international sports celebrities were boxers in the late 1800s. Soon after the abolition of slavery in the United States the first World Champions of the sport were crowned. As the Champion of the World these boxing heavyweights were held on a pedestal of athletic dominance, and in the eyes of some white Americans, and many of those in the boxing community, these champions had to be white, anything else would challenge the belief of white Anglo-Saxon superiority that many white Americans were clinging to at the time.

It is the story of the symbol of the World Champion during that period and what it meant in society. It's also a story about a bunch of tough, bad-ass guys from over a hundred years ago that used to beat each other up.

What listeners say about When Boxing Was, Like, Ridiculously Racist

This was a mess from start to finish. Large portions of this already-too-short offering were taken up by the narrator reading lists of statistics and figures about specific fighters. easily 15 to 20 minutes of nothing but repetitive nonsense like fighters boxing records, opponents, etc. There were parts that I liked, such as the stories vignettes and anecdotal stories about fighters and fights. That was what I was hoping for, but unfortunately, the minutes upon minutes of droning lists made this book unbearable. The narrator was pleasant and easy to listen to. I would not recommend this book to anyone.

To be fair, I wrote it. I think it's pretty good

Yes, because then I would receive a percentage of their sale

Having a British guy read me my own thoughts

Which character – as performed by Chris Dabbs – was your favorite?