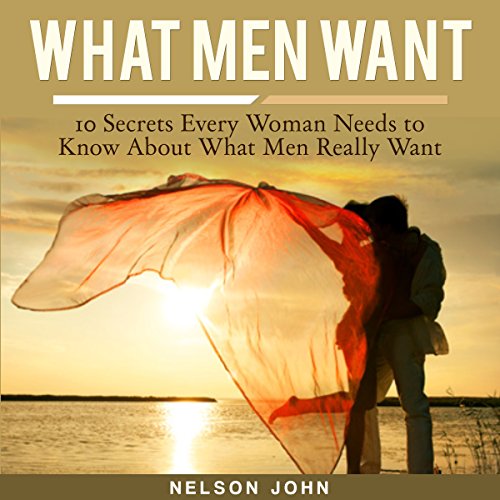 By: Nelson John
Narrated by: Leigh Townes
Try for £0.00

Ever wonder why a guy does what he does and why it seems so counterintuitive? Here your questions will not only be answered, but you'll learn valuable tools to help implement those skills. You'll see almost immediate results.

Men are not rocket scientists; as you will soon learn, we are simpler creatures than you know. Men and women are just different - it's that simple. This is more than just a dating "how to". You'll understand those differences and not just be fed actions to learn by rote. Why? Because every human is like a fingerprint and with that comes elements that bend the rules a bit. But if you are aware of the reasons behind the behavior, you are better able to attack the situation strategically.

What listeners say about What Men Want

Surprisingly insightful in a short burst

Honestly didn't think much when I saw the play time. How wrong was I. Important points hit with such effect. Worth the purchase.

It should have been narrated by a male

This book has good information, but it makes it incredible because of the woman narrater.
I was purposely looking for the book about men written by men,
But the fact that this book was narrated by woman -killed it for me

I enjoyed the entire book, will share with friends and family. This book is a great guide to understanding yourself as well as men. also gave me more perspective that no one's perfect and should be treated with respect. you should also learn limitations as well. Thanks

A book for women by a man read by a woman.

I think maybe the people who make these decisions somehow thought women would prefer getting advice on men from a woman? I don't even know what to say about this. Should've been narrated by a man.

short, to the point and excellent advice!

I enjoyed this book! I will share this with my single friends. I like that it was short, to the point and simply excellent.