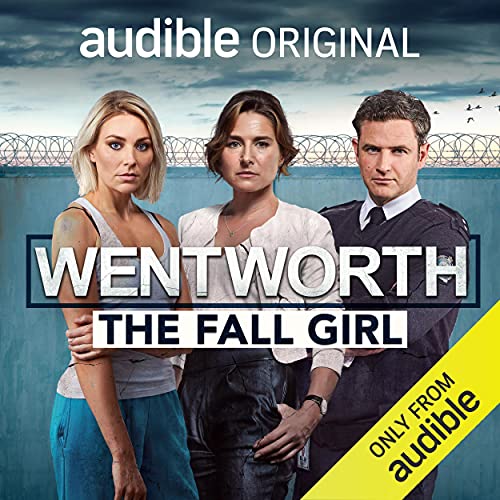 What listeners say about Wentworth: The Fall Girl

OMG this is so good.. Libby Tanner gives an outstanding performance as always, captivating the listeners from start to finish. Very easy listening and I didn't want it to end.
My only complaint is that it wasn't long enough. ​I wish there was more than 8 episodes, 4hrs is just a warm up.
Fantastic job and congratulations to all the cast and writers on a wonderful podcast series. I really hope there will be some more.

Wentworth did I say that wow

There’s nothing to fault about this production: the story, the performances are all flawless. As a fan of the TV show I really enjoyed this whole story, which draws you in immediately yet keeps you guessing until the end. If you’re looking for something to tide you over in between seasons of Wentworth, this will do the job nicely. I’ve read that sadly, wentworth won’t be continuing much longer, but I think it would be a great idea to produce more audio stories like this.

I loved it! The story was told amazing well and I am big fan of show

Overall I have enjoyed this and the performances are really good. I found it a bit tough to follow sometimes and it seems to jump from scene to scene rather abruptly which I found a tad confusing. My biggest gripe is that each episode ends very suddenly with just silence which on the first episode I sat for a good 10 seconds expecting something to happen until I realised the episode had ended.

Overall a good addition to the wentworth series.

This was soo good, I really hope they do another series. It's just as gripping as the TV show, the cast are superb! 10/10

Fantastic performances all round, especially Libby Tanner, great to have Bridget Westfall back. Ruined me a little, in true Wentworth style! Hoping for more of these.

Absolutely love that Bridget Westfall gets her own series and really hoping for more of this! Binged it in one go because it was way too captivating (and informative/enlightening) to stop partway, though I would have liked to also watch it not just listen and also have transcripts too. Considering some of the subject matter, I thought the writers would bring some of Bridget's back story, especially her childhood abuse that was alluded to in her psych evaluation of Ferguson that backfired in season 3 or 4; missed opportunity there, but still an opportunity for Season 2. Eager to find out what happens next since I don't think Bridget has ever been put in such a position so makes for interesting storytelling. Would love some Bridget back story and some Franky too (Fridget really).

Also, hope we get more Wentworth spin-offs after the final season. Would absolutely love to watch a Lou Kelly series spin-off exploring her back story, in therapy to address her anger and where it's coming from or just being her. That character is fascinating as well and makes you want to know more about her.

If you watch the Netflix series;you’ll love this!

This is a good listen it’s good actors put you in the scenes as if you are there. It’s very entertaining & keeps you guessing !

As a Wentworth fan I’m overjoyed that Fremantle decided to partner with Audible to bring us this outstanding story, but you don’t have to be a Wentworth fan to enjoy this podcast. Excellent writing and amazing acting all lead to an edge of your seat thriller that gave me goosebumps many times. Libby Tanner, Kate Jenkinson and Bernard Curry were outstanding at reprising their roles from the hit series. Loved every minute of it.

I absolutely loved this!

This ended with a storyline? I hope that means more in the future because I’m hooked!🤞💕

Great for any Wentworth Fans!

Awesome side spinoff of a great show! Just as binge worthy if you ask me!

great story....well produced. Storyline and acting were excellent. I hope there will be more because I will certainly listen.

i love the show. this audible definitely delivers. amazing performance and story. i hope they make more of these.

this is so amazing I have been waiting for the last season to come out. This is the next best thing!! I love Wentworth its one of the best shows. This podcast is just as great!

Excited for the next installment

Libby Tanner is brilliant! Please hurry up with the next part of the series. Im so looking forward to it