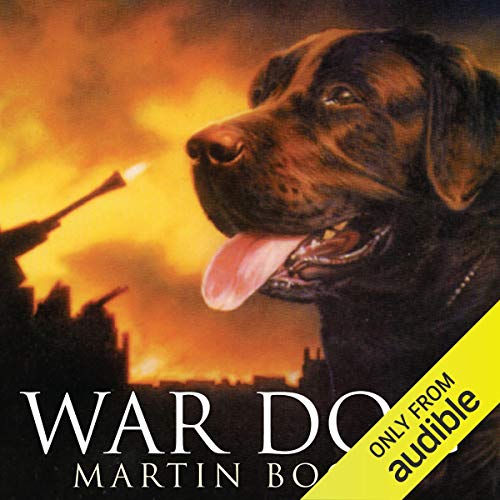 Well-trained and obedient, Jet is Fred Parry's perfect companion on his night-time poaching raids. But when Fred is caught and thrown into prison, nobody wants Jet. Nobody, that is, except an army officer.

It is autumn 1939 and Britain is at war. Jet is taken to military kennels and given a number: D67. She is trained to run assault courses, track the enemy and rescue the injured. Then she is sent to France on active service.

Will Jet survive - and will Fred Parry ever find his beloved dog again?

What listeners say about War Dog

Would you listen to War Dog again? Why?

Yes it was a pretty compelling story going from the realms of a poachers dog. To a hero. I love my dogs and would have loved to be an AES handler but this was another appreciation of the work our beloved friend can do..

Have you listened to any of Christian Rodska’s other performances? How does this one compare?

This was my first. His change in voices was really setting the scene

Yes I had. A lump in my throat me a veteran of 18 years in Her Majesties Armed Forces

I've a new appreciation of this type of book. My only adverse comment it was a little to short

One of the greatest memories of my childhood. I love it just as much now as I did when I was 10

Everything about this book was wonderful!

Everything about this book was wonderful! Would definitely recommend to everyone. Good story good narrator