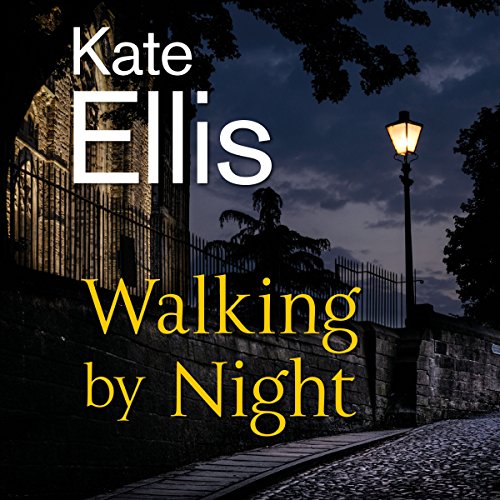 By: Kate Ellis
Narrated by: Gordon Griffin
Try for £0.00

Taking a shortcut home beneath the ruined abbey in the centre of the city, a teenage girl reports stumbling across a body. She also claims to have seen a mysterious nun-like figure watching her from the shadows. But during the subsequent search, no body is found.

The girl's inebriated state and her troubled history make the police sceptical, and only Detective Inspector Joe Plantagenet is inclined to believe her. Then a woman is reported missing, and Joe finds himself caught up in a complex investigation involving a production of The Devils at the local Playhouse. Could the play, with its shocking religious and sexual violence, have something to do with the woman's disappearance? Nothing is as it first appears.

What listeners say about Walking by Night

I have read many Kate Ellis books and find them all a great read. I got this as an audiobook with Gordon Griffin reading. I really enjoyed this story and would recommend it.
This is set in the historical city of Eborby. It starts with a young girl leaving a public house alone fearing being followed. She stops in an alleyway near cathedral ruins and sees a murdered woman plus a nun looking ghost like.
There is a high fog in the city giving everything a ghost like supernatural feel. There is also a clairvoyant messing with the minds of the local bereaved.
Joe is an interesting character and he helps to solve the mystery eventually.
I would say that Kate Ellis chooses Gordon Griffin to read her books. I personally cannot see why. The reading is dire and totally took from my enjoyment of the story. I hope a different narrator will be chosen in the future.

This book has really showcased the developing characters in the series. What happens in the next book I cannot wait to see.