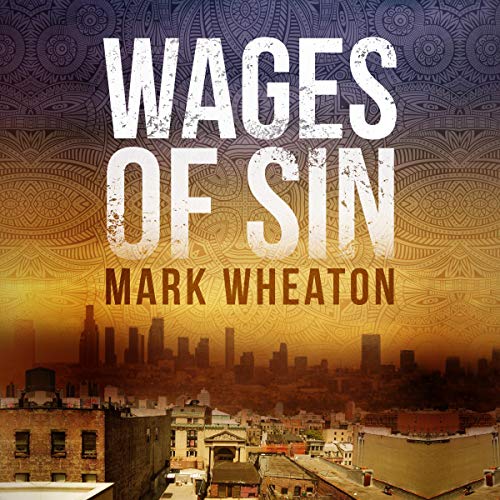 By: Mark Wheaton
Narrated by: Timothy Andrés Pabon
Try for £0.00

Not a day goes by that Father Luis Chavez isn't haunted by the cold-blooded slaying of his brother, Nicolas. But as the years pass and the case remains unsolved, there looks to be no end to his torment.

When Chief Deputy District Attorney Michael Story discovers a possible link between a murdered prosecutor and Nicolas's death several years before, the priest investigates, uncovering an international money-laundering scheme tying American banks to Mexican cartels. Finding himself the target of a brutal cartel hit squad, Father Chavez heads to Mexico, where he unearths a long-buried secret that pushes his faith to the breaking point.

As he fights to stop a seemingly endless cycle of killing, Father Chavez closes in on his brother's murderer, learning that sometimes the most incipient evil is found closest to home.

What listeners say about Wages of Sin

Can't wait to see what Father Luis does. I very much enjoy the elements of faith in this series.

Good story that never drew me in

Wages of Sin is Book 3 of the Father Luis Chavez series by Mark Wheaton. The novel is a good suspense thriller about the Catholic church in Mexico being used to launder drug money. The setting is is split between Mexico and California. Like the story, narration is just good enough to get a 3 star rating.