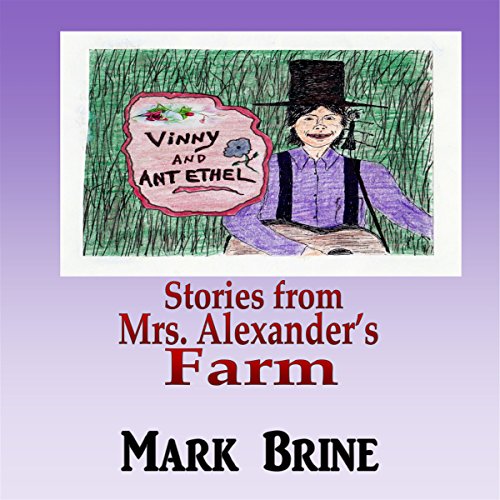 These children's stories will surely put smiles on many faces.

Story 1: "If Ants could Talk!" - Vinny, a folk-singing country boy, goes to the big city. There in the huge city park, he encounters a talking Ant (Ant Ethel). She inspires him to write a song that tells children not to purposely step on ants (or hurt any animals). They become a famous singing team with a big hit record and travel the world promoting their message.

Story 2: "There's A Goose in Mrs. Alexander's Kitchen" - Vinny ('n Ant Ethel...being the main characters of all these stories, etc.) tells of his childhood on Mrs. Alexander's Farm. As a boy, he has a terrible habit of leaving the screen door open, which Mrs. A has often warned him not to do. After a fishing trip, he returns to see exactly why she has told him to keep it closed! The moral? Punishment is for a good reason!

Story 3: "The Tale of the Troll 'n Me" - Vinny's boyhood account of meeting a troll under a bridge that no one else would ever cross over. Sometimes things are not what they appear to be! 'n Not all strangers are sinister. But, still, we always must be cautious!

What listeners say about Vinny and Ant Ethel